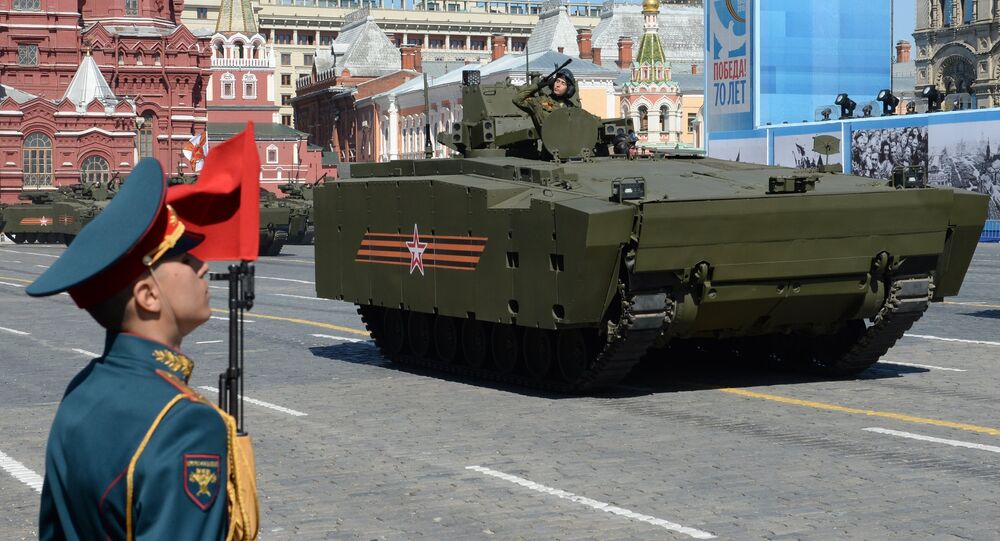 "I spent two years on convincing the designers to make the console similar to a Sony Playstation gamepad, to make it easier for a young soldier to familiarize himself with it," Bakov said.

According to Bakov, the idea of left-right coordination, as well as the fact that the gamepad form has been perfected for decades made it a good choice. The gamepad design is also safer and takes up less space than a steering wheel.

"As it turns out, a steering wheel is dangerous for the rib cage during an impact and when climbing out. It takes up more space but provides nothing," Bakov added.

The Kurganets-25 infantry fighting vehicle (Object 695) is currently undergoing trials in the Russian army and mass production is expected to start in 2016.