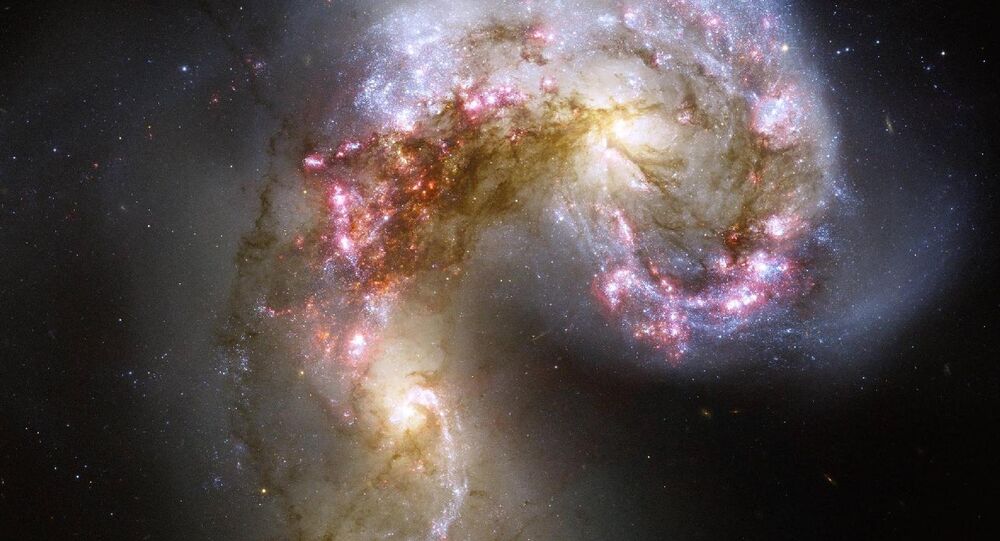 Astronomers have found a very rare "embryonic" cluster of matter in space using a radio telescope.

Astronomers at the University of Virginia have found a very rare star formation using the Atacama radio telescope in Chile.

The formation is an example of one of the most ancient modes of star formation. The cluster is unique because of its high mass, relatively small size and a lack of stars in it. Stars are created from nebula such as the ones found by the astronomers.

"This remarkable object looks like it was plucked straight out of the very early universe. To discover something that has all the characteristics of a globular cluster, yet has not begun making stars, is like finding a dinosaur egg that’s about to hatch," astronomer Kelsey Johnson said in a release.

© Flickr / Hubble Heritage
Astronomers Reveal the Farthest Galaxy We Know About… So Far
The cluster is located in a pair of connected galaxies NGC 4038 and NGC 4039, which are relatively close to Earth, being 50 million light-years away. The observable universe is approximately 93 billion light-years wide.

According to Johnson, the survival rate of a cluster such as the one found is very low. The Milky Way galaxy which Earth is a part of has 150 known clusters.

The Galaxy That Shouldn't Exist Discovered by Astronomers