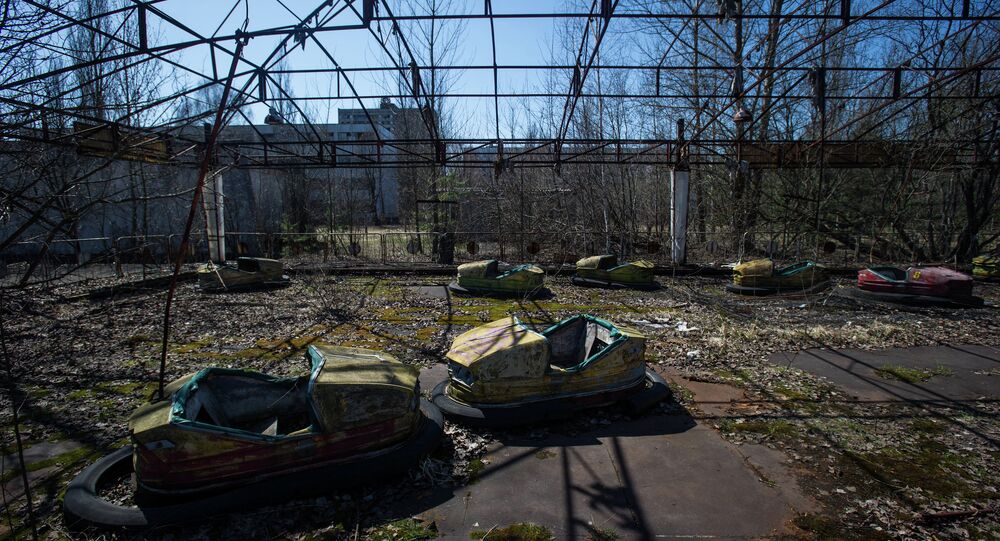 On the 29th anniversary of the April 26, 1986 Chernobyl nuclear power plant disaster, we look at the reasons behind the accident, how it was managed and what challenges it faces today.

On the 29th anniversary of the Chernobyl nuclear power plant disaster in what was then the Ukrainian SSR, Vladimir Bronnikov, who headed the original containment operation at the plant, told RIA Novosti Ukraine why the accident became such an enormous disaster.

1. The Plant Lacked a Safety Culture

There is still no single theory to why the Chernobyl disaster happened which nuclear experts agree upon. According to Bronnikov, the accident was due to an error by the plant's control room to turn off the power unit when the accident occurred.

"The idea of the experiments was to see what happens when there is a blackout and the energy system collapses.  But then there were several other accidents and the control room demanded that the power unit is kept turned on, as they tried to take it out of the iodine pit at any cost," Bronnikov said.

According to Bronnikov, the plant's construction also contributed to the accident in that the developers did not provide information of what to do during an accident to the operators.

"When we realized what happened and, so to say, cornered the designer, he said, 'Yes we generally guessed and understood, we were getting ready but didn't have time to analyze and calculate it to the end.'"

2. Rescue Workers and Experts Did Not Know How Bad It Really Was

The first people to arrive at the accident site were firemen. They tried to extinguish the fire with no protection other than their helmets and tarpaulin uniforms.

© Sputnik / Sergey Starostenko
"To those who saved the world." A monument to firemen who extinguished the Chernobyl nuclear plant Unit 4 conflagration immediately after the disaster

Within hours it turned out that accident was no ordinary fire. By the morning, the firemen began to faint from radiation sickness. 136 plant employees and rescue workers got an enormous dose of radiation and 28 of them died within months of the accident.

3. No One Was Prepared for Evacuation…

© Sputnik / Igor Kostin
Decontamination work in the 30 kilometer danger belt round the Chernobyl nuclear plant after its disaster of April 26, 1986

The Soviet government kept silent on the accident. The first mention of the disaster in the media was on a local radio station in Pripyat 36 hours after the accident. The station's announcer told residents to pack up for a temporary evacuation.

The city was evacuated quietly the following day. People were told that they would be leaving for one or two days, and to not take personal belongings with them so as not to overburden the buses evacuating them.

On April 28, two days after the disaster, a message went out on the TASS newswire: "An accident occurred at the Chernobyl nuclear power plant. One of the reactors is damaged. Measures are being taken to eliminate consequences. Necessary aid has been administered to victims. A government commission to investigate the event has been created."

Soviet leader Mikhail Gorbachev only admitted that a disaster had occurred when it was impossible to hide. A nuclear power plant in Sweden detected elevated radiation levels, which they traced to Ukraine. Swedish and American experts initially thought that a nuclear war had begun, but measuring the radioactive spectrum showed that the radiation was from a power plant.

4….Or How to Deal With the Disaster

"As a result of the accident, the remains of the active zone melted, a mix of melted metal, sand, concrete and fuel fragments flowed into facilities under the reactor, but it did not come out of the reactor. It just settled on the bottom and stayed there. We were afraid it would go through the foundation, as calculations showed," Bronnikov said.

Helicopters were used to extinguish the flame. They dumped sand and clay on the reactor, as well as fire retardant chemicals that would also prevent a chain reaction. At the time, no one knew that this only made the reactor hotter, and the fire was not extinguished until May 9.

© Sputnik / Vladimir Vyatkin
The 6th clinical hospital where victims of the Chernobyl disaster were brought. Examination of a patient in one of the wards

Despite mistakes that were made, Bronnikov says that the people who took part in the liquidation were very professional and had to make momentous decisions.

"If it wasn't for the personnel understanding their responsibility and the problems before them, the consequences would be unknown. The personnel acted very fittingly. The professional workers did not panic."

5. And No One Knows What to Do About it Even Now

The 30-kilometer exclusion zone around the accident site was eventually expanded to include neighboring Belarus where 20 percent of the country's land area was contaminated. In Ukraine, contamination affected 50,000 square kilometers of land across 12 regions. Hundreds of villages were relocated and around 5 million hectares of agricultural land was deemed contaminated.

As many 4,000 people were killed by the disaster or are continuing to die, mostly due to cancers, according to the World Health Organization. Greenpeace says that as many as 10 million people were affected by the radiation.

Today, a second sarcophagus is being built to contain the radiation still being emitted by the reactor. The original casing built in 1986 is crumbling due to age.

Funding shortfalls due to overshooting costs threaten the project and funding is becoming increasingly difficult to obtain. The Ukrainian government's dire economic situation is adding to the problem and the project may be frozen if it does not obtain adequate funding.