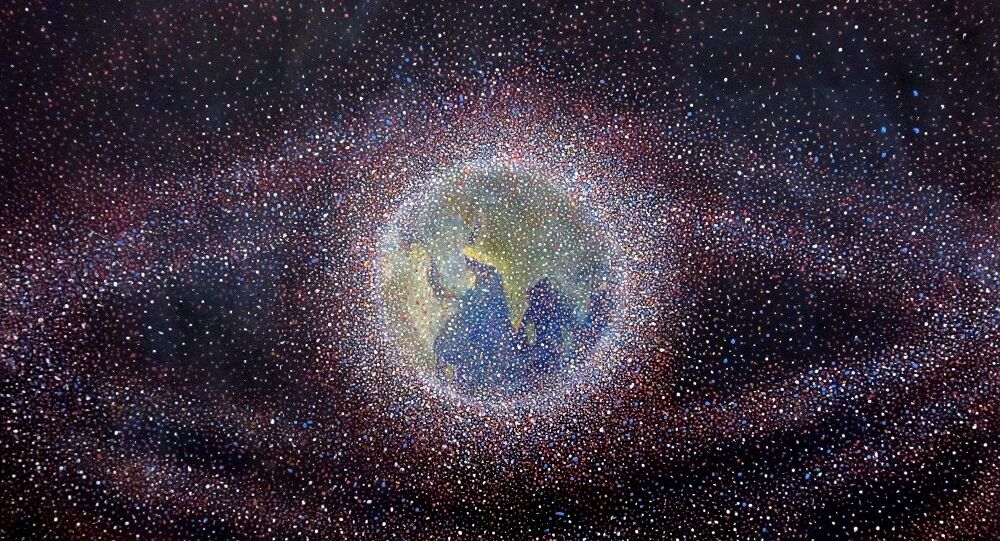 A new combination telescope-laser is currently in development, to combat the growing issue of space trash - debris released into Earth’s orbit from human activities in the solar system.

NASA
NASA’s New Horizon Probe Beams Back First Color Photo of Pluto
An international team of scientists has put forth a proposal that combines a super-wide field-of-view telescope developed by RIKEN’s EUSO team, that has the ability to detect celestial objects, and a high-efficiency laser that will track down and remove the debris from orbit.

“We realized,” said lead researcher Toshikazu Ebisuzaki, “that we could put it to another use. During twilight, thanks to EUSO’s wide field of view and powerful optics, we could adapt it to the new mission of detecting high-velocity debris in orbit near the ISS.”

The ever-accumulating space debris consists of a huge variety of artificial objects orbiting the Earth. Over the last 15 years, the amount of these objects has nearly doubled, and now has begun to present itself as an issue for further development in space.

The total amount is said to be about 3,000 tons, consisting of old satellites, rocket bodies, and spare and discarded parts. It occasionally collides with various spatial infrastructure such as the International Space Station. The debris exists at different orbits, making it all the more difficult to eliminate, but this new device may change things.

NASA
NASA Probe Set to Plunge Into Mercury’s Surface
The EUSO telescope will first detect the debris, then the laser will produce a high-velocity plasma blast that will reduce the orbital velocity, causing the object to fall and burn up in Earth’s atmosphere.

The researchers want to deploy a scale model, what is described as “proof of concept” experiment, aboard the ISS, and if all goes well the researchers will install a full-scale version.

"Our proposal is radically different form the more conventional approach that is ground-based, and we believe it is a more manageable approach that will be accurate, fast, and cheap," said Ebisuzaki.

"We may finally have a way to stop the headache of rapidly growing space debris that endangers space activities. We believe that this dedicated system could remove most of the centimeter-sized debris within five years of operations."