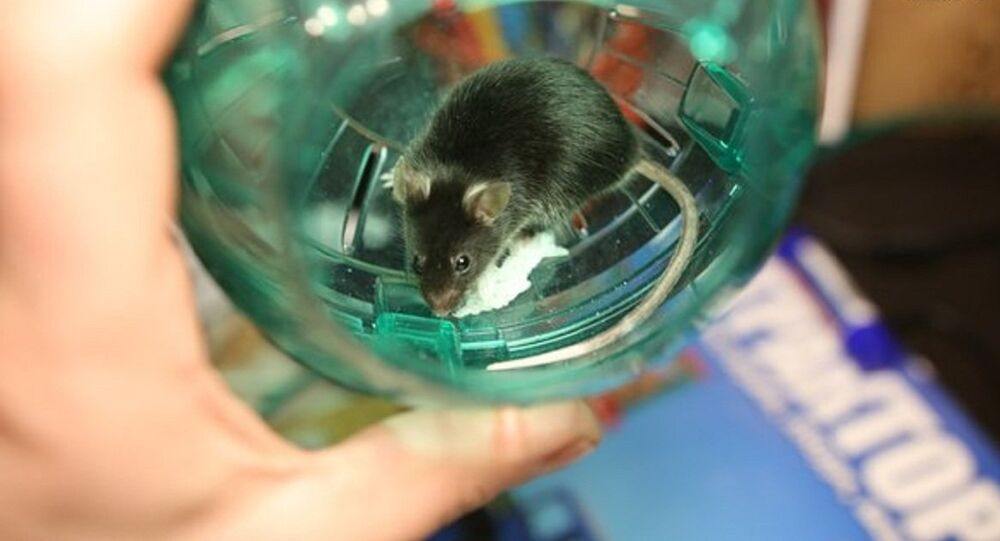 On Cosmonautics Day, Russian Mouse Travels to Stratosphere and Back

A mouse from St. Petersburg traveled to the stratosphere and back as part of celebrations to mark the 54th annual Cosmonautics Day.

© Photo : NASA
BRICS May Engage in New Int’l Orbital Station Project – Russian Space Chief
A mouse named Shum became the latest furry creature to take off from the Earth, after schoolchildren in St. Petersburg built an aircraft to deliver him 20 kilometers above the ground, before making a safe landing 300 kilometers away in a forest in the Novgorod Region.

On the eve of Cosmonautics Day members of the Yuri Gagarin Cosmonautics Club in St. Petersburg launched a temperature-controlled capsule containing enough oxygen for Shum to survive the trip. He was chosen to pilot the expedition by the children ahead of his companion fellow mouse Gam, due to his calmer disposition.

Shum's aircraft was made from a ten liter plastic bottle and an air balloon, fitted with cameras to observe his flight, as well as a GPS tracker to find him after he returned to Earth, following three hours spent traveling to the upper atmosphere and back.

The ultimate aim of the children’s scientific endeavors is for a human being to follow Shum to the stratosphere, within a timescale of five years. Shum's trip follows an earlier, unsuccessful attempt to send two cockroaches into the sky, which was hampered by poor weather conditions.

NASA-TETHERS-UNLIMITED
Home Away From Home: NASA Spider-Droids to Build in Space
Cosmonautics Day, also known as the International Day of Human Space Flight, is celebrated on April 12 each year to commemorate the anniversary of the first manned flight to space by cosmonaut Yuri Gagarin, who spend 108 minutes orbiting the Earth aboard the Vostok-1 spacecraft on April 12, 1961 before parachuting back to Earth.

The choolchildren's efforts to mark the occasion are not the first time furry animals have found themselves at altitude for the sake of science. Between 1947 and 1960, the US used high-altitude balloons carrying fruit flies, mice, hamsters, guinea pigs, cats, dogs, frogs, goldfish and monkeys to heights of up to 144,000 feet (44,000 m) in order to test the effects of high altitudes on living creatures.