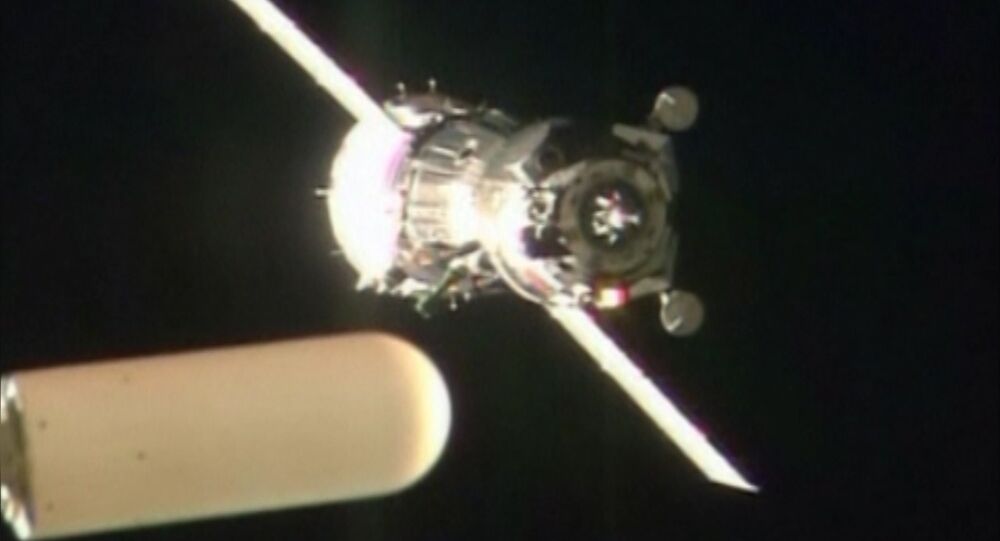 The Soyuz TMA-16M spacecraft docked with the International Space Station six hours after its launch from Baikonur space center.

© AP Photo / Gagarin Cosmonaut Training Center via NASA
Russian & American Set for Space Record, While Governments Quarrel on Earth
“The crew neither had to interfere with work of automatic docking system, nor to resort to remote piloting – the spacecraft smoothly docked with the ISS,” a source at Baikonur told RIA Novosti.

Scott Kelly and Mikhail Kornienko are due to spend one year on the ISS, returning to Earth on the Soyuz TMA-18M in March 2016. Gennady Padalka will stay aboard for six months.

The crew plans to conduct 49 scientific experiments, mostly in the field of medicine, work with Russian 'Progress' cargo vessels and one spacewalk.

Russia, US May Sign New Deal to Send Astronauts to ISS – Roscosmos