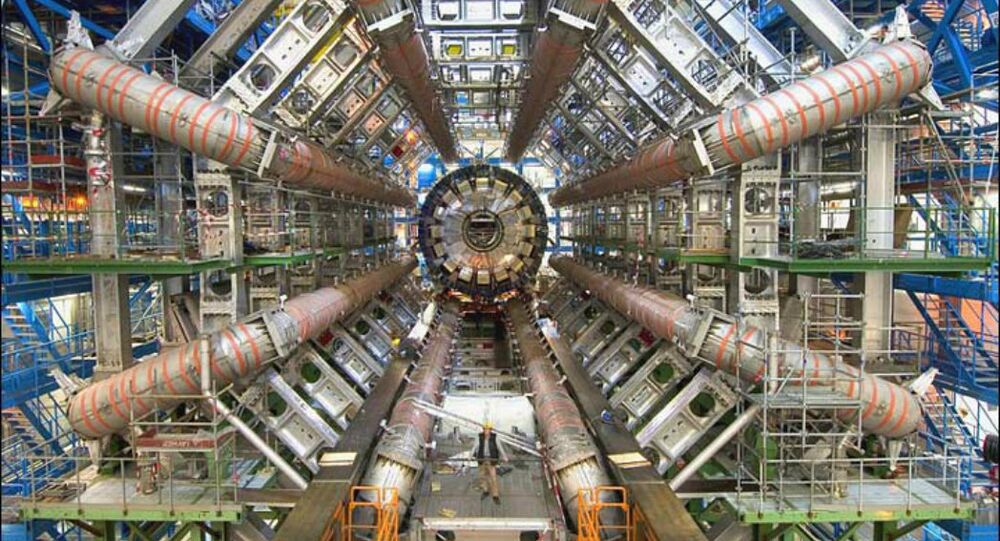 The European Organization for Nuclear Research (CERN) said Wednesday that the world’s largest atom smasher’s magnet has a major malfunction which will indefinitely delay its restart.

An error occurred Saturday within the magnets of the the Large Hadron Collider (LHC), CERN said in a statement.

"It is a well understood issue, but one that could take time to resolve."

The LHC  is the world’s largest and most powerful particle accelerator. Stretching across the border between France and Switzerland, its 17-mile tunnel includes a ring of superconducting magnets that bend beams of light so that they collide along a track where four laboratories around them have cluster sensors to monitor the activity.

Protons will often smash together creating sub-atomic rubble (sometimes even creating anti-matter) that help scientists enhance their understanding of matter and its properties.

The LHC helped CERN researchers discover the Higgs Boson, the elementary subatomic particle that was only theorized to exist from the 1960s, earning the researchers the 2013  Nobel Prize for physics.

To continue the huge strides in the study of particle physics and change how we see the world, scientists have made sure to upgrade the LHC over the last two years.

CERN said these short circuit repairs, however, could take weeks.

"In the grand scheme of things, a few weeks' delay in humankind's quest to understand our universe is little more than the blink of an eye," CERN director Rolf Heuer said.

Scientists hope the new run of the LHC will shed light on theoretical concepts like dark matter and dark energy, and a possible extra dimension.