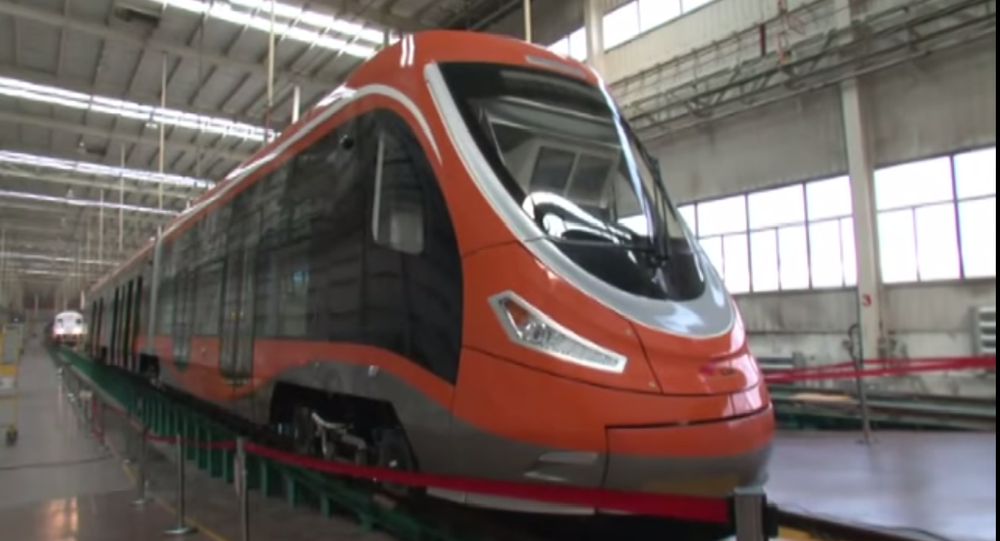 The tram, which made its debut last week in Qingdao, China, was manufactured by Sifang Company, a subsidiary of the China South Rail Corporation, and other research institutions.

Seventy kilometers an hour is only a fraction of how fast fuel operated trains can travel. But the catch is, the newly developed tram emits only water.

Scientists have spent the past two years building this vehicle to counter China’s smog problem. The temperature inside the fuel cell will be controlled to stop any nitrogen oxides from forming, reported Xinhua news agency.

The new invention was also designed to save time and money. It takes only three minutes to refill and will have to be refueled a few times a day.

"The average distance of tramcar lines in China is about 15 kilometres, which means one refill for our tram is enough for three round trips," Liang Jianying, chief engineer of the Sifang Company, told Xinhua news agency.

The tram is expected to hit the streets of the smog-choked country later this year.

Last year, the Chinese Environmental Protection Ministry reported that almost 90 percent of its cities had fallen below the threshold for air safety standards. People had to wear masks on the streets, while many suffering respiratory problems were encouraged to remain at home.