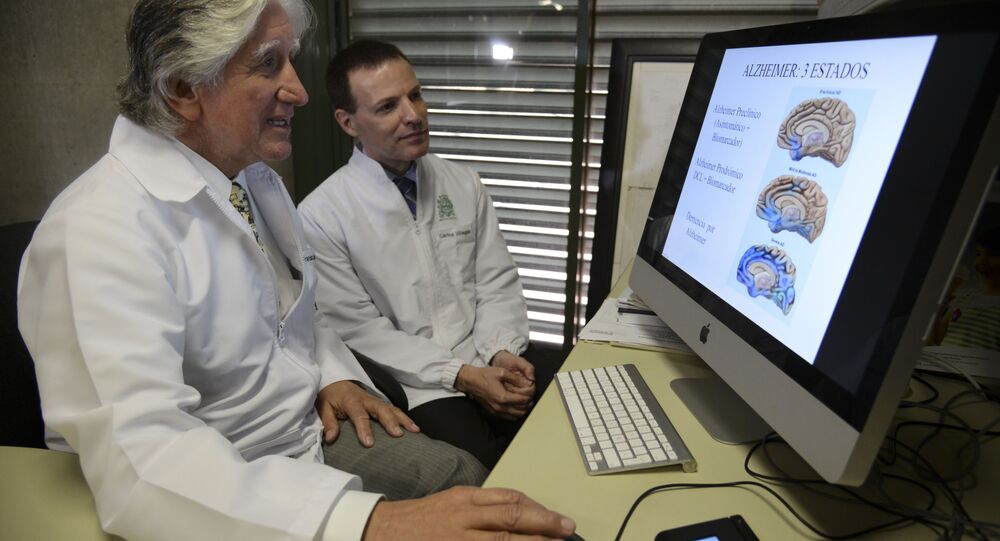 A trial investigating the effects of the drug Aducanumab on patients suffering from dementia has found it to be the first drug that reduced brain lesions, as well as slowing cognitive impairment.

© Flickr / Ars Electronica
Human Brain Project Has a Change of Heart
The first phase of a clinical trial for a new drug to treat Alzheimer's, called Aducanumab, has yielded promising results, announced the biotech company which is carrying out the research on Friday. According to the findings, patients in the earliest prodromal stage of the disease, who have undergone treatment over the course of a year, exhibit a slower rate of clinical decline in brain function.

"This is the first time an investigational drug for Alzheimer’s disease has demonstrated a statistically significant reduction on amyloid plaque as well as a statistically significant slowing of clinical impairment in patients with prodromal or mild disease," said Alfred Sandrock, chief medical officer at Biogen Idec. "Based on these results, we are advancing the Aducanumab clinical program, to Phase 3 with plans to initiate enrollment later this year."

Amyloid plaques, which are found between the neurons in the brain, are buildups of protein which occur as part of the normal aging process, but in Alzheimer's patients they build up in far greater amounts. Another type of brain lesion, called neurofibrillary tangles, occur inside the brain's neurons and are also implicated in Alzheimer's disease.

© East News / Image Source/Gennady Imeshev
US Regulatory Agency Approves First Generic Biotech Drug
The trial, which began in summer 2012, was carried out on 166 patients, who were treated with the drug over a 54 week period. According to an interim analysis of data from the patients, a dose- and time-dependent reduction of amyloid plaque was observed, and "a statistically significant slowing of cognitive decline," was measured using Mini Mental State Examination and Clinical Dementia Rating scales which assess patients' cognitive status and cognitive and functional performance respectively.

Aducanumab, also known as BIIB037, is a monoclonal antibody which acts against the beta-amyloid which make up the amyloid plaques in the brain; the drug was originally derived by the biotech company Neurimmune from healthy, aged donors who were cognitively normal, under the rationale that their immune systems had successfully resisted Alzheimer’s disease.

The trial is expected to end in 2016, and on Friday Biogen Idec presented the results of its interim analysis at the 12th International Conference on Alzheimer’s and Parkinson’s Diseases and Related Neurological Disorders in Nice.