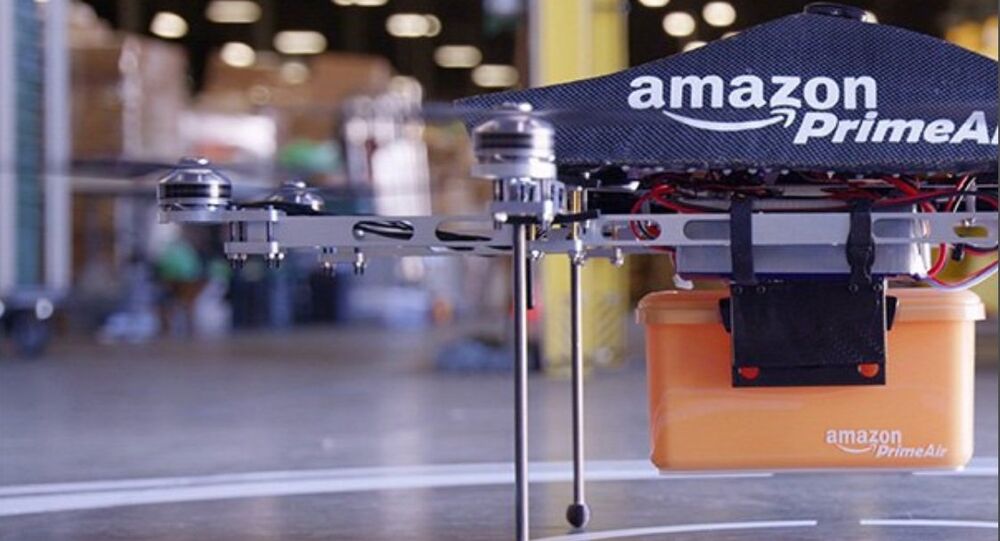 The US Federal Aviation Administration has granted permission to the country’s largest internet-based retailer to use unmanned aircraft (UAS); so far for research and development and crew training only.

© Flickr / Hernán Piñera
More Mysterious Drones Spotted Flying Over Paris
Amazon’s dream to deliver shipments to its customers via drones may one day come true. But it is still years away.

On Thursday, the US Federal Aviation Administration (FAA) granted permission to the internet-based retailer to fly its drones for research, testing and crew training purposes.

Under the provisions of the certificate, all flight operations must be conducted at 400 feet or below (approximately 122 meters) during daylight hours in visual meteorological conditions.

The UAS must always remain within visual line-of-sight of the pilot and observer. The pilot actually flying the aircraft must have at least a private pilot’s certificate and a current medical certification.

The certificate also requires Amazon to provide monthly data to the FAA. The company must report the number of flights conducted, pilot duty time per flight, unusual hardware or software malfunctions, any deviations from air traffic controllers’ instructions, and any unintended loss of communication links.

© Photo : Amazon.com
Amazon Drone Delivery: Consumer Service or Surveillance?
However, the FAA has not yet allowed Amazon to conduct commercial drone flights.

Amazon CEO Jeff Bezos first said back in late 2013 that he wants to use drones to deliver packages directly to customers’ doorsteps in a program dubbed “Prime Air.”

In July 2014 the company sent a letter to FAA where it asked for permission to test its drones for a “future delivery system from Amazon designed to safely get packages into customers' hands in 30 minutes or less using small unmanned aerial vehicles.”

“One day, seeing Amazon Prime Air will be as normal as seeing mail trucks on the road today, resulting in enormous benefits for consumers across the nation,” the petition then said.

Couple Arrested in France for Flying Drone Over Versailles Palace