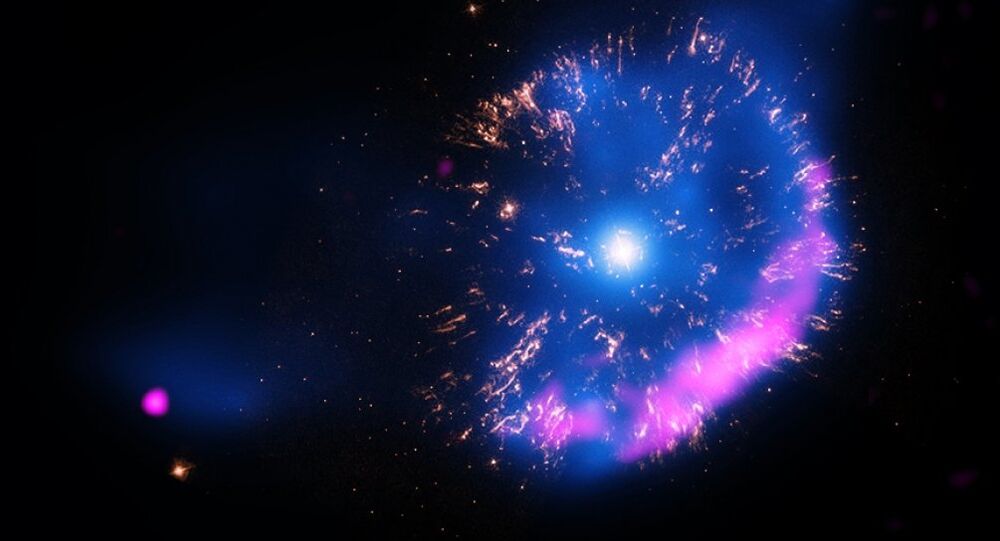 GK Persei, a nova ushering in the 20th century, and the Firework nebula it produced may hold the keys to uncovering the secrets of stars, specifically their violent death in a spectacular explosion, known as a nova or a supernova.

The GK Persei nova appeared as one of the brightest stars in the night sky more than a century ago, on February 23, 1901. Its remnant, first observed a year later, is known as the Firework nebula.

The sensational event, visible to the naked eye, took place some 1500 light years away from the Earth in the constellation of Perseus. It became known as a classical nova, or a thermonuclear explosion occurring on the surface of a white dwarf accompanied by another star.

A stellar eruption of this type is a miniature version of a supernova, an extremely luminous explosion that annihilates a star in a spectacular fashion. Some of these explosions are so bright they outshine the galaxy where the blast takes place.

© NASA
Flower-Like Supernova Remnant Blossoms in Musca Constellation
Astronomers produced several images of GK Persei using NASA's Chandra X-ray Observatory over the span of 13 years. The pictures, taken in 2000 and 2013, will allow researchers to make valuable insight into the lifecycle of stars, as well as broaden their understanding of how stars interact with their surroundings.

For instance, the changes in the amount of the X-ray luminosity and temperature during the last decade suggest that GK Persei blast wave is currently expanding into a region of much lower density. This data provides clues to the environment around the nova.

Novae are a prime target for research since they occur more often than supernovae. Moreover, novae remnants evolve faster than those of supernovae.

Speeding Star to Solve One of Space's Great Mysteries