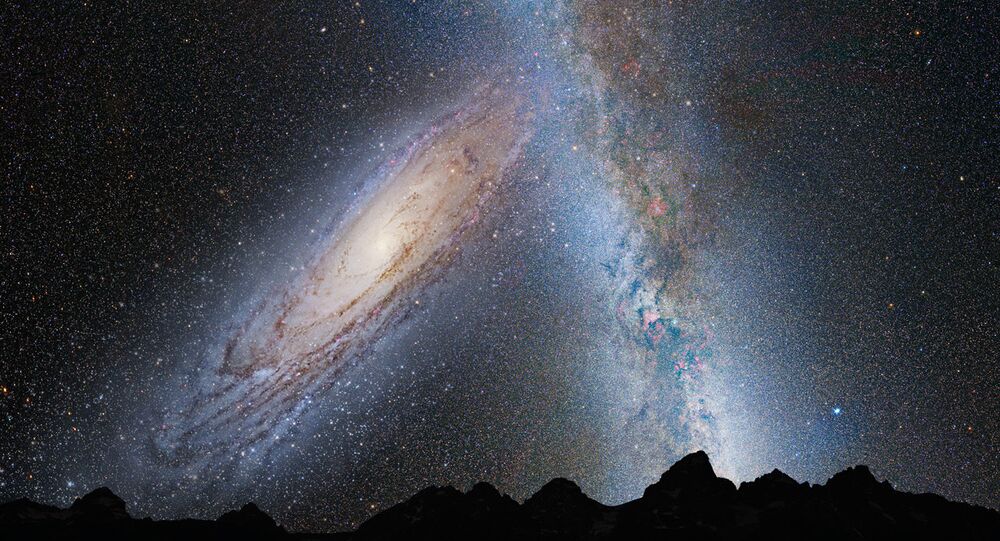 The Milky Way May Be Way Bigger Than We Thought

New research suggests our galaxy is much much more enormous than it was initially thought to be.

A team of scientists led by Dr. Heidi Jo Newberg of the Rensselaer Polytechnic Institute have posited that the flat disc shape commonly attributed to our galaxy is instead a collection of concentric ripples, meaning that the Milky Way is least 50% bigger than previously thought, spanning 150,000 light-years across. The general consensus among scientists had it at 100,000 light-years.

"If there are ripples, then it looks like the number of stars in the (presumed flat) disk drops off quickly, and then farther out where the disk ripples back up it looks like a detached ring of stars appears," Dr. Newburg told the Huffington Post. "We now understand that the galaxy didn't end; the disk is just going up and down--in and out of our view."

"In essence, what we found is that the disk of the Milky Way isn't just a disk of stars in a flat plane--it's corrugated."

Dr. Newburg noted the corrugations are consistent with previous theoretical research that supports the idea that a dwarf galaxy or dark matter going through the Milky Way would produce the same rippling effect.

The research, funded by the National Science Foundation, was published this week in the Astrophysical Journal. Dr. Newburg and her team used the Sloan Digital Sky Survey, a collection of astronomical observations, to show the asymmetry in the main sequence star counts on each side.

Dr. Jay M. Pasachoff, an astronomy professor at Williams College, told the Huffington Post he believes the discovery to be “exciting.”

"Our sun has been thought to be about two-thirds of the way out in our Milky Way Galaxy. Now we learn that we are really halfway out. Our galaxy extends further out than we had realized. If you think of our galaxy as a 9-inch dinner plate with us two-thirds of the way out, unable to see far through the plate's disk, we now learn that the plate was really 12 inches across."

NASA Running Out of Nuclear Fuel For Batteries