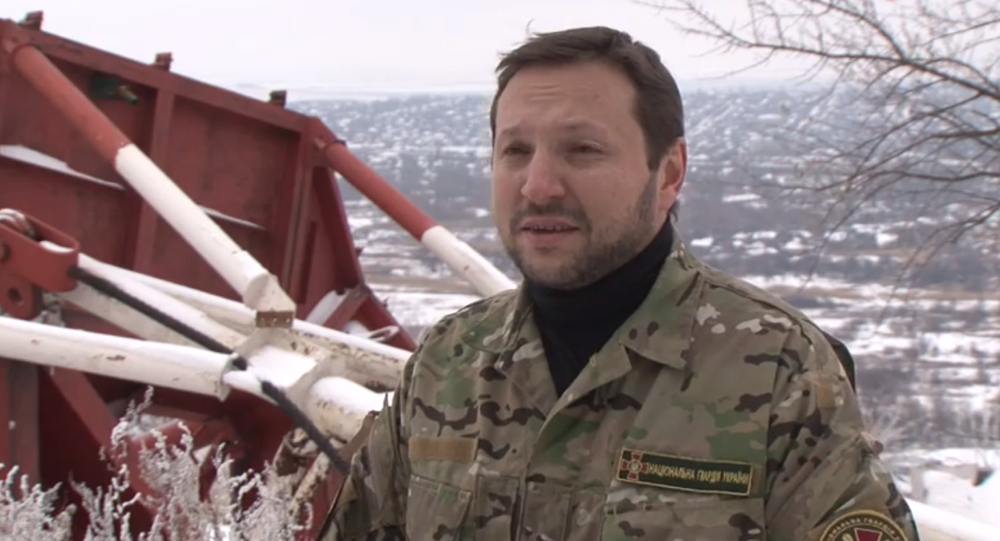 The Ukrainian Ministry of Information has rallied an Internet army and distributed online media which calls information about military encirclements "Russian propaganda."

Ukraine's Ministry of Information Policy has announced the creation of an Internet "army," which the head of the ministry hopes will mobilize users in social networks to counter "Russian propaganda."

"I have repeatedly talked about the need to organize an effective counteraction to Russian chat bots and fakes. Thanks to this project, I believe we will have many volunteers ready to disseminate authentic information and expose Russian fakes. In fact, the information forces project itself has already been launched together with volunteers," Minister of Information Policy Yuriy Stets announced in a release on the Ministry of Information Policy's website.

The Internet army's Twitter account has already released its first media content, part one of an expected series of "signs of Russian propaganda." The first sign, according to the release, is that "The information overwhelmingly focuses on defeats of the Ukrainian military and successes of the terrorists," the Ukrainian government's official term for Donbas independence supporters.

The release continues, "As a rule, such messages contains facts of the Ukrainian army fleeing or being surrounded, terrorists capturing new objectives, and so forth. Most facts are made up, but are richly visualized."

It is unclear if the statement is a comment on the recent situation around Debaltseve, where the Ukrainian army was surrounded by Donbas militias and some of the soldiers were able to flee, a situation that the Ukrainian government has portrayed as an organized retreat.

The army's Twitter has also addressed the accounts of Twitter accounts of the Kremlin and Prime Minister Dmitry Medvedev, telling them that they are being watched vigilantly after adding them to its "follow" list.

The Ukrainian Information forces also have an official website, mentioned in the ministry's release, i-army.org, where anyone who wishes to do so can join and receive assignments that would, as the website states, "rebuff Russian occupiers on the information front."  The first assignment is to "Invite your best and closest friends to the website of the Ukrainian Information Forces, where they can join the army by subscribing to a mailing list of daily assignments. This is very important, considering our information struggle against the foreign aggressor."

The very outward and arguably crude style has caused some Ukrainian users to wonder if the project is serious.

"Looking at your Twitter… The level of presentation seems to be at most on the level of eighth-grade school student. Who are you?" A user named Yuriy commented on the group's Facebook account.

"Guys, everything is still raw… We accept schoolchildren into our ranks, the most important thing is to bring truth to social networks," the Information Army responded.

Still others alleged that the project is a hoax, one user named Vladimir Sarkisyan wrote that the fact that the website uses the Cloudflare content delivery service and the GetResponse email marketing service for its mailing list could indicate that it is not operated by the Ukrainian government.

"Can Mister Sarkisyan do better?" The Information Army responded.

The Internet army project was announced by Ukraine's Minister of Information Policy Yuriy Stets on January 28, and according to the minister, has a stated goal of uniting people who are "not bots or trolls" to be Ukraine's "Internet army."