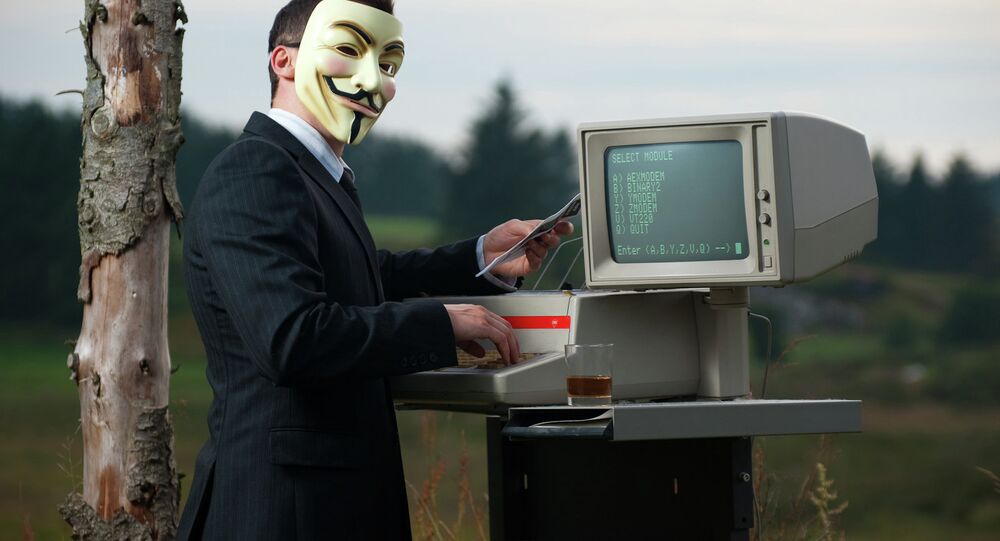 A Swedish tabloid has published the previously-hidden identities of several users of an internet chat forum, raising questions about the limits of free speech and privacy rights.

© Flickr / Simon & His Camera
All Eyes on You: Site to Help UK Citizens Find Out If They’ve Been Spied On
The Swedish tabloid newspaper Aftonbladet has found itself in the center of a fiery debate on freedom of anonymous speech after publishing the identities of several users of the popular internet forum Flashback, including those of several political and public figures, after finding comments they deemed to be inappropriate.

The tabloid is reported to have acquired illegally-gathered lists of the personal details of 40,000 Swedes commenting on Flashback, a forum with an eclectic collection of content and with an estimated 900,000 users. Since then it has begun publishing the posts, and sometimes the identities, of some of the users, leading to hounding, firings, and to one person's suicide.

Aftonbladet editor Jan Helin, who is reported to have purchased the databases, explained that his publication was "attempting to start a conversation about the limits of free speech." Aftonbladet reporter Karin Estman, quoted by Radio Sweden, noted that "we have been watching Flashback for a long time, and have long wanted to find out who is behind these anonymous users. Through our investigation, we have uncovered who stands behind some of the anonymous comments, and revealed the names of public figures. [We found that] what they wrote anonymously was, in fact, the opposite of their official positions."

© Flickr / Ministerio TIC Colombia
Spy Program to Cause Economic Damage for US Companies - Former DHS Official
Among the officials getting into hot water were Democratic Party lawyer Joel Ankar, an assistant to Swedish European Parliament MP Christine Winberg, who, after attending a lecture by noted Swedish criminology professor Jerzy Sarnecki, was reported to have made angry, openly anti-Semitic comments about him in a post made several years ago. Ankar is reported to have since been fired for his comments. Another official, Yuakim Andersson, a member of a municipal government of Landskrona from the Green Party, got into trouble after making angry anti-immigration and anti-multiculturalism comments, while publically defending the policies. Defending himself before Aftonbladet, Andersson stated that "I have the legal right to say what I want. You do not have the right to carry out illegal hacking," Radio Sweden explained.

Mattias Philipson, a Democratic Party official from Bastad, was reported to have taken his life earlier this month after the tabloid Expressen carried out a similar campaign to smear him for comments he'd made on the internet. Sweden's Fria Tider explained that the revelations resulted in the collapse of the official's small rural business, which hosted company events and parties. "Nothing worked after he was exposed in the media," journalist Gunnar Sandelin said in a blog post, according to Fria Tider.

© AP Photo / Danilla
Government Can Read Your Emails After 6 Months Without Warrant
English-language Swedish news blog SwedishSurveyor voiced its dismay over the tabloids' use of the anonymous posts to smear politicians and public figures, hinting that the campaign featured an anti-Democratic Party bias and noting that the tabloids were given the power to become the "judge, jury and executioner while the accused had no real chance to defend themselves." The blog explained that the personal details obtained by the tabloids were sold to the papers by an internet group called the "Researchgruppen," an organization using dubious means, including hacking, in an attempt to police the internet for content it finds inappropriate by logging users' identities.

The Flashback forum is controversial in and of itself. Featuring discussions on everything from cooking to politics to sex, drugs and bomb-making, the site, whose servers are registered in the US, has been the source of a debate about the limits to freedom of speech. Sweden is known for its proactive legal and social censure of hate speech, and Swedish Minister of Justice Morgan Johansson recently noted that Flashback is a "swamp" that must be cleaned out, but that authorities' efforts are hampered by the fact that its servers are located in another jurisdiction. However, the SwedishSurveyor's commentary notes that the legal and social ostracism and pariah status are often taken too far, and warns of the dangers of destroying peoples' lives over internet comments, as "nobody wishes to associate themselves with an individual who has expressed opinions that are deemed incorrect by the establishment."