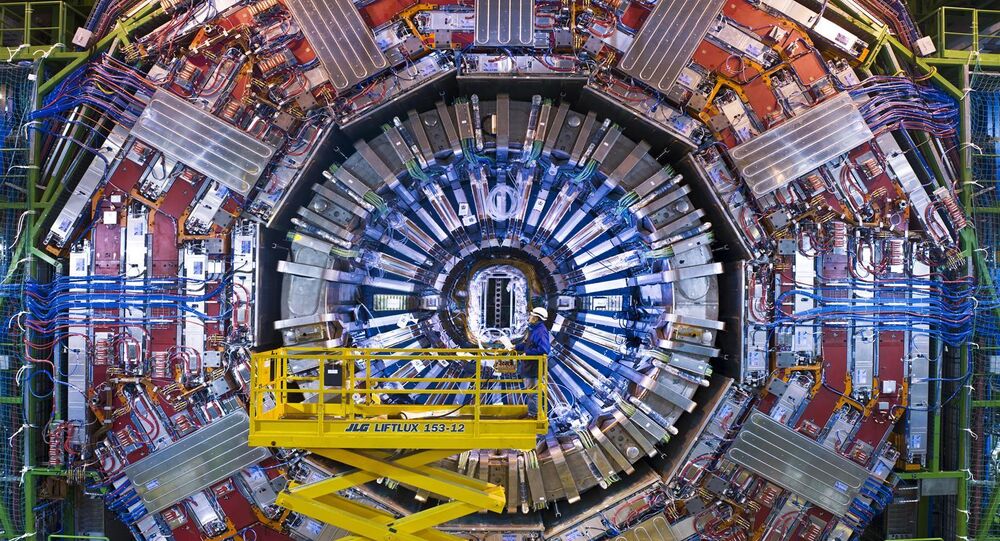 The Earth's most powerful particle accelerator is returning to action next month after a two-year break.

Scientists working with the Large Hadron Collider [LHC] are optimistic of a new breakthrough in particle physics when the accelerator comes back online in March, after an upgrade of its equipment which will allow the instrument to fire particles at almost twice the previous energy.

© Photo : Taken from University of Rochester official site
Scientists Unveil Amazing Metal Which Bounces Water Drops Like Basketballs
On 14 February 2013 the LHC switched off after its initial run, which most famously in July 2012 allowed scientists to announced the discovery of the famed Higgs boson sub-atomic particle, the existence of which was first proposed in 1964 by theorists Robert Brout, François Englert and Peter Higgs.

Particle physicist Andreas Hoecker, deputy coordinator of the ATLAS Experiment at the European Organization for Nuclear Research [CERN], told InsideScience.org that after its two year refit, "the accelerator will restart and be capable of almost twice more energy than before," revealing that future experiments "could look for the formation of supersymmetry particles, such as squarks and gluinos and neutralinos with much larger masses than previous data allowed."

The LHC particle accelerator consists of a 27 kilometer ring of superconducting magnets, located 100 meters underground at the CERN complex of accelerators near Geneva, Switzerland. During the course of this first run, which began in September 2008, beams of protons were steered around the ring at energies of up to 4 trillion electron volts (4 TeV), which when the protons collided, released energy of up to 8 TeV. After the $150 million upgrade, the beams will run at 6.5 TeV, releasing energy when they collide of up to 13 TeV.

"There’s been a huge amount of work done on the LHC over the past two years – for example, every single one of the electrical links between the thousand magnets in the accelerator ring has been reworked," said Professor John Womersley, particle physicist and Chief Executive of the Science and Technology Facilities Council in a press release. "It also means that the machine that’s now being started up is almost a new LHC, and it’s not a trivial challenge," he continued.

The discovery of the Higgs boson led to the joint awarding of the Nobel Prize in physics to François Englert and Peter Higgs in October 2013, for their theoretical discovery, called the Brout-Englert-Higgs mechanism. The theory forms a central part of the Standard Model of physics that describes how particles acquire mass, and how the world is constructed.

NASA Unveils New Dark Side of the Moon Video