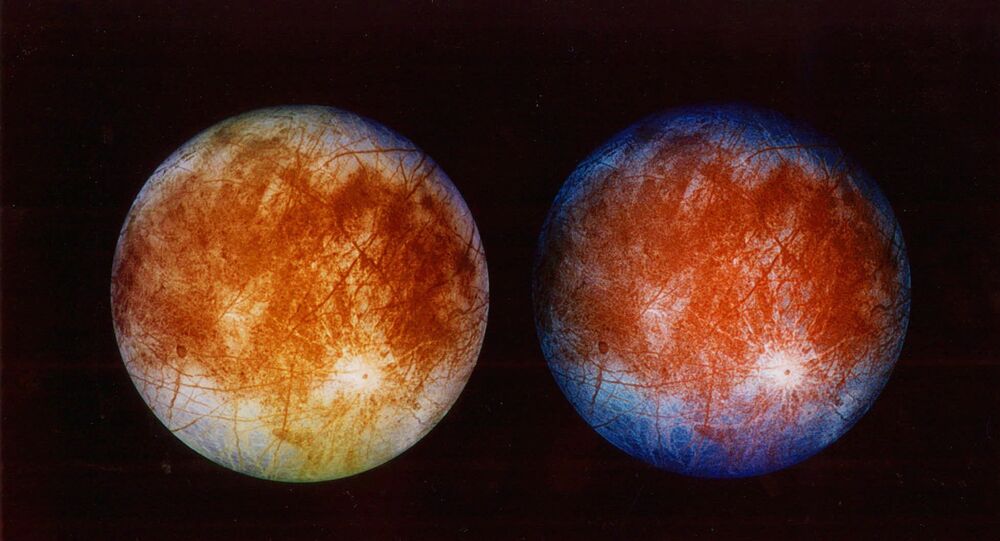 NASA’s mission to determine whether life is lurking beneath the frozen surface of Jupiter’s icy moon Europa is about to take a big step forward.

NASA announced that it will develop a mission to Europa aimed at determining whether Jupiter’s enigmatic moon, believed to be harboring a global ocean, is habitable.

"Looking to the future, we're planning a mission to explore Jupiter's fascinating moon Europa, selecting instruments this spring and moving toward the next phase of our work," NASA administrator Charles Bolden said on Monday, as quoted by Forbes.

I am so excited about NASA's request for money to explore Europa. Probably our best chance to find life close to earth.

Astrobiologists have long pointed to Europa as a potential place to look for alien life, because the moon is believed to be harboring a tidally-heated global ocean of liquid water under its frozen crust. If Earth could serve as an indication, water on the Jovian moon could contain all the necessary components for life.

"Europa’s ocean, to the best of our knowledge, isn't that harsh of an environment," said astrobiologist Kevin Hand, a scientist at NASA’s Jet Propulsion Laboratory (JPL), as quoted by Discovery. That means that life could have already gained foothold there.

Europa: It may have life, so lets go there pic.twitter.com/4dVRSI840B

NASA is exploring several options for the mission to the Jovian moon. One of the concepts, dubbed the Europa Clipper, centers on a robotic probe that could be launched into space in the mid-2020s to make multiple flybys in close proximity to the moon.

The probe will carry a set of tools to determine the thickness of Europa’s frozen crust, study the surface as well as the atmosphere of the moon and collect high-resolution images of the celestial body, according to JPL developing the concept. The Europa Clipper initiative is still in the early stages of development.

Artists conception of the view if you were standing on Jupiter's moon Europa. pic.twitter.com/shOg6YLwGw

The mission to Europa received major funding of $100 million last year. In its budget proposal for fiscal year 2016, the White House requested additional $30 million for a preliminary study into the concept.