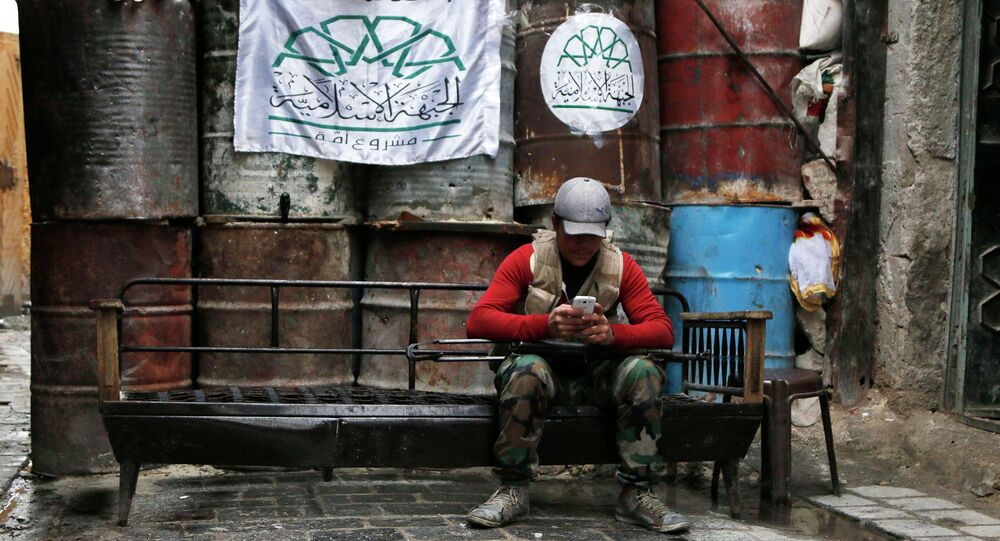 A new report by cybersecurity firm FireEye states that Syrian pro-Assad hackers tricked rebels into downloading spyware by pretending to be women in online chats.

© Sputnik / Andrei Stenin
Inconvenient Truth: Hackers Reveal True Number of Ukrainian Army Casualties
MOSCOW, February 2 (Sputnik) — The Syrian Electronic Army, an infamous group of pro-Assad hackers, could be behind a successful hacking plot against Syrian rebels, in which gigabytes of data, including upcoming battle plans, were stolen and leaked to the Syrian military, compromising rebel offensives, a new report by the cybersecurity group FireEye states.

"The threat group amassed a significant amount of data, from Skype account databases to planning documents and spreadsheets to photos," the report states.

According to the report, the members of the group pretended to be women on Skype, luring rebel fighter into a conversation, and then often sending them an infected file containing a picture of the "woman." Once the target opened the image, viruses would self-install on his phone or computer, sending data back to the hacker.

NSA
Snowden Docs: NSA Seeks Hacker Interns for Future of War
The hackers also used social media to lure targets, creating a fake Syrian opposition website and posting links to it from Facebook. Once on the page, targets would be prompted to update Flash Player, and download spyware as a result.

The report also cites leaked information from the Syrian government, purporting to show seminars in which the Syrian Defense Ministry apparently curated seminars for social media activists in Lebanon.