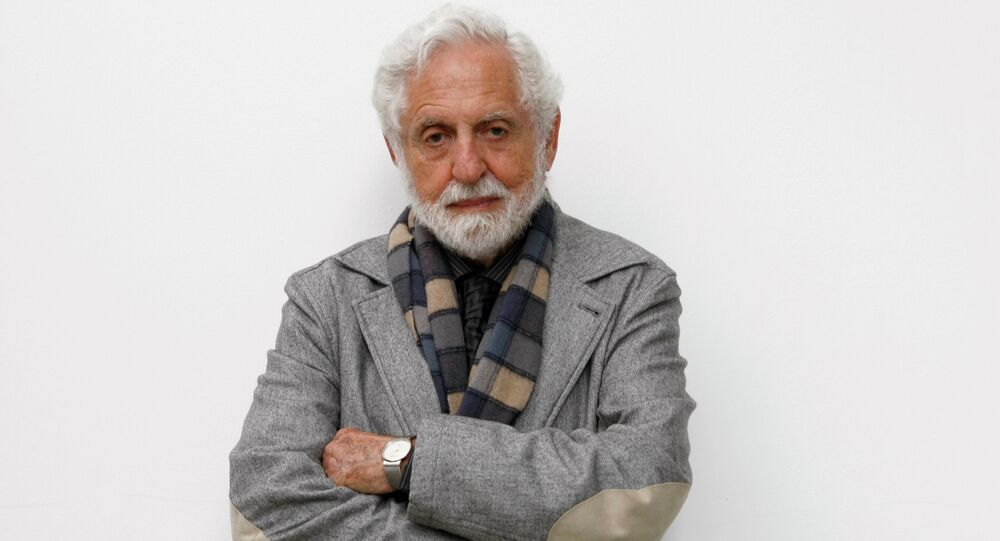 Carl Djerassi, who played an instrumental role in the creation of the birth control pill in the 1950's, has died at the age of 91.

© Photo : NASA
'Human Shadow' Seen on Mars in Rover Photo
MOSCOW, February 1 (Sputnik) — Carl Djerassi, a US chemist of Austrian descent who was famous for his considerable contribution toward creating the birth control pill, has died at the age of 91 due to complications from liver and bone cancer, the New York Times reports.

In 1951, Djerassi led a team of researchers in Mexico City who succeeded in synthesizing norethindrone, a molecule that became a key component of the first oral contraceptive pill. For this achievement he became widely known as ‘the father of the pill,’ despite the fact that he was only one of many scientists who had worked to achieve this goal, the newspaper adds. Djerassi was born to a Jewish family in Vienna in 1923, but grew up in Bulgaria. He left Europe in 1939 and settled in the US.

© East News / ESA / eyevine
Space Dust Mistaken for Cosmic Footprints of Big Bang
The Guardian notes that his invention prompted Djerassi to take a keen interest in how science affects society, as he described it in his book, This Man’s Pill. In 1969 he wrote a public policy article on the global implications of US contraceptive research, and he wrote another one in 1970 about the possibility of creating an oral contraceptive for men.

"The thoughts behind these two public policy articles had convinced me that politics, rather than science, would play the dominant role in shaping the future of human birth control," Djerassi wrote, according to the Guardian.

US Scientists Teach Robots How to Take YouTube Cooking Lessons