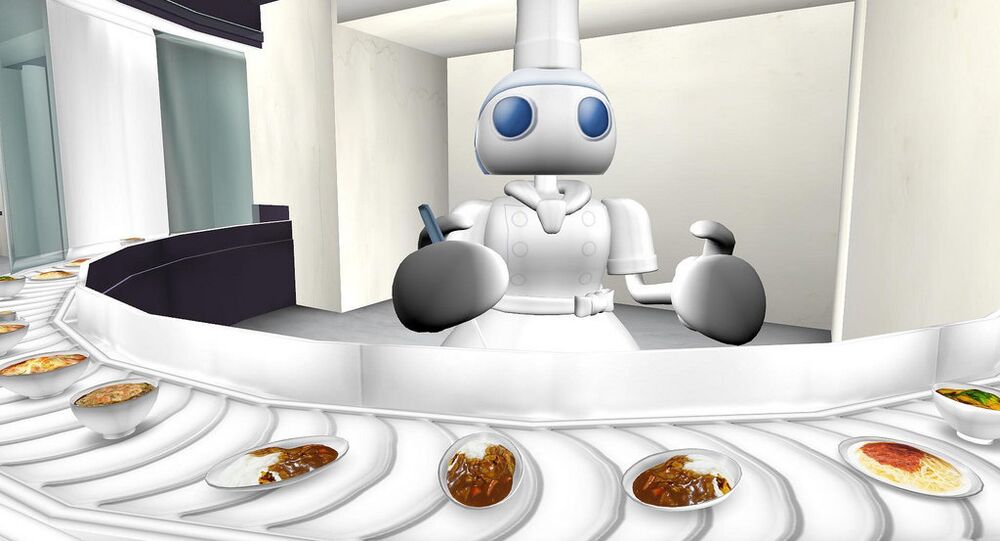 US Scientists Teach Robots How to Take YouTube Cooking Lessons

University of Maryland researchers have developed a system that allows robots to learn how to cook using the video-sharing website YouTube.

© Flickr / U.S. Naval Forces Central Command/U.S. Fifth Fleet
US Navy Studies Robots as Potential Troops
MOSCOW, January 31 (Sputnik) — Researchers from the University of Maryland, funded by DARPA's Mathematics of Sensing, Exploitation, and Execution program, or MSSE, have created a system that they claim enables robots to process visual data from a series of “how to” cooking videos on YouTube, according to  the Russian news website Lenra.ru.

DARPA is acronym for the Defense Advanced Research Projects Agency of the Pentagon, and is best-known for creating the Internet in the 1960's.

Reza Ghanadan, a program manager for DARPA’s Defense Sciences Office, explained that scientists show robots cooking videos on YouTube so that they can learn to recognize, grasp and manipulate the correct kitchen utensil.

"The MSEE program initially focused on sensing, which involves perception and understanding of what’s happening in a visual scene, not simply recognizing and identifying objects," Ghanadan said.

"We've now taken the next step to execution, where a robot processes visual cues through a manipulation action-grammar module and translates them into actions," he added.

According to Ghanadan, the goal is to teach a robot to complete a necessary human task with high accuracy and without additional human input or programming.

He also said that this "learning-based approach is a significant step towards developing technologies that could have benefits in areas such as military repair and logistics."

The presentation of the new robot-related system took place during the 29th meeting of the Association for the Advancement of Artificial Intelligence in Austin, Texas, earlier this week.

Russian, US Scientists to Prepare Astronauts for Extreme Situations in Space

NASA to Encourage US Scientists to Attend Space Conference in Moscow