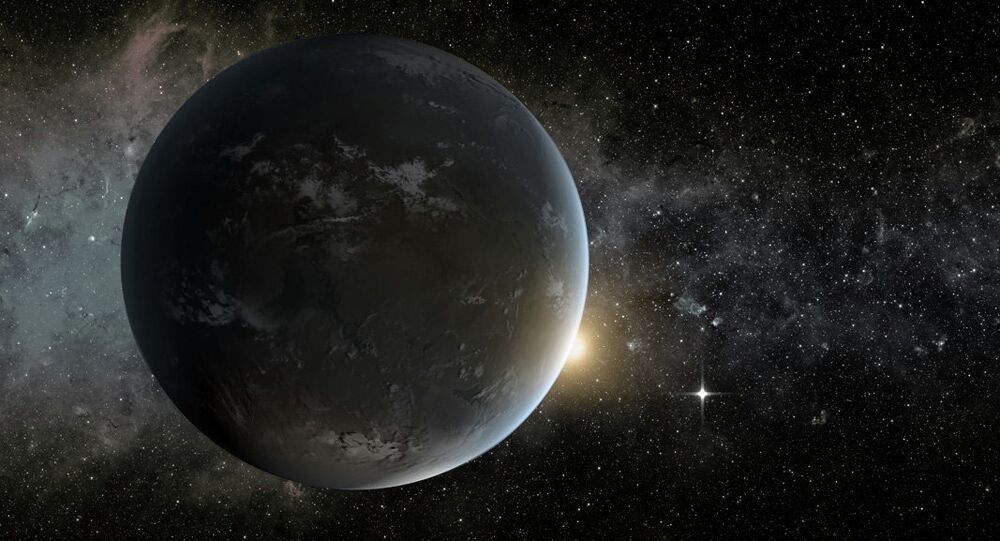 © AP Photo / NASA/file
NASA Plans to Create Revolutionary Space Telescope
MOSCOW, January 28 (Sputnik) — The discovery, made as part of a new study published by the Astrophysical Journal, suggests that ancient life in our universe is more likely than was previously thought, The Los Angeles Times reports.

"It hints that old system planets are possible," said Sarbani Basu, an astronomy professor at Yale University and an author of the paper. "And if those planets are in the habitable zone, then it is possible we could have old life too."

The star, known as Kepler-444, is 11.2 billion years old, formed just 2.6 billion years after the Big Bang formed the universe and space-time.

Just 75% as massive as our sun, Kepler-444 is 117 light years away from Earth and is part of the Milky Way Galaxy.

Scientists say the planets that orbit Kepler-444 are no giants either, being somewhere between the size of Mercury and Venus. They also move faster making a complete orbit of their star in just 10 days.

© NASA . JHUAPL/SwRI
NASA Space Mission Readies for Photo Session With Pluto
Kepler-444 formed in an early period of our universe, when elements heavier than hydrogen and helium were more scarce than they were when our sun was born 4.6 billion years ago.

Even though the five planets that orbit it are too close to their host star to harbor life, the study indicates that an Earth-like planet, and possibly life, could have existed in the early universe.

"This system tells us that planets were forming around stars nearly seven billion years before our own solar system," said Steve Kawaler, an Iowa State University professor and co-author of the paper, in a statement.

The research involved collaborators from the University of Birmingham and Iowa State University Ames, and they used data from the Kepler Space Telescope run by the US National Aeronautics and Space Administration.