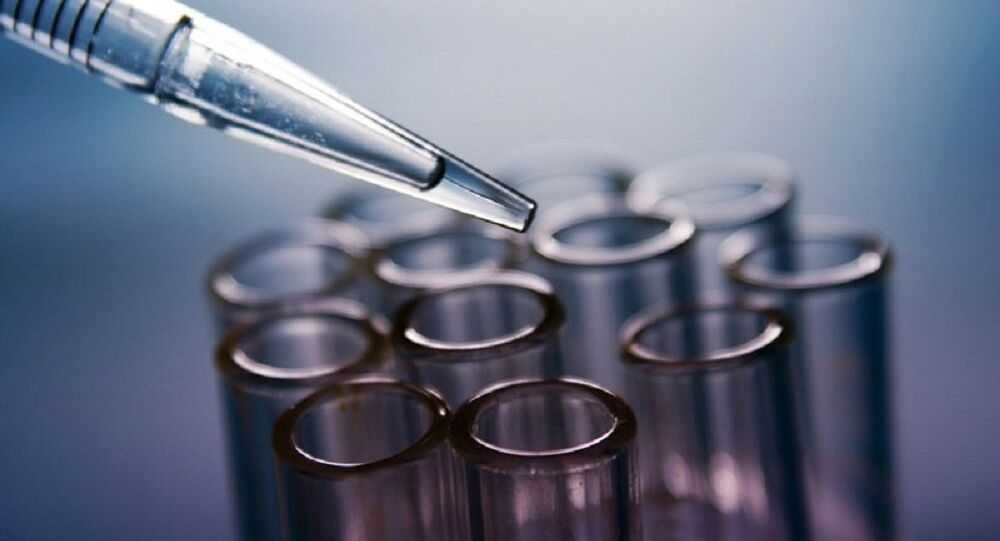 Scientists say that the genetically-engineered bacteria could offer clues as to how to prevent unintended proliferation of genetically-modified organisms outside intended area.

MOSCOW, January 25 (Sputnik) – Scientists say that the genetically-engineered bacteria that cannot survive without synthetic amino acids could offer clues as to how to prevent genetically-modified organisms (GMOs) from living outside intended area, RT reports.

"I think we are moving in [that] direction," George Church from Harvard Medical School said as quoted by RT Saturday.

It was reported in the Nature journal earlier this week that scientists have computationally redesigned essential enzymes in a genetically-engineered Escherichia coli bacteria so that it needed non-standard amino acids for survival. The authors of the study stressed that the altered bacteria could lead to significant improvements in biocontainment approaches.

© AP Photo / Damian Dovarganes
GMO Labelling Meaningless As 76% of Americans Unaware of What GMOs Are
According to Church, the technique used on Escherichia coli could possibly be applied to plants and animals, although so far it has only been tested on bacteria.

Farren Isaacs, a former colleague of Church now at Yale University, is certain that if scientists manage to make GMO crops dependable on synthetic amino acids, it could lead to major breakthroughs in GMO containment.

"Because the amino acids don't exist in nature, the resulting 'firewall' means any GMOs that escaped a lab manufacturing facility, or agricultural field would die," Isaacs said as quoted by RT Saturday.

The use of GMOs has raised health safety concerns in various countries. Over 60 nations around the world require manufacturers to label foods containing GMO ingredients. The United States and Canada do not have mandatory GMO labelling imposed.

Russia banned the import of GMO products, except those intended for research, last year and currently does not permit the cultivation of GMO crops.