The crew of the US segment of the International Space Station is not in danger after an ammonia leak happened.

© Flickr / NASA
US Crew of Space Station Safe in Russian Segment After Caustic Element Leak
MOSCOW, January 14 (Sputnik) – An ammonia leak from an air conditioning unit in the US sector of the International Space Station (ISS), which forced astronauts to take refuge on the Russian side, will not cause any harm to the crew, the US Central Command (CENTCOM) said Wednesday.

"Specialists are currently assessing the level of toxins, but we can already say that the crew is not in danger in regard to their health," a source from Russian space agency Roscosmos said. 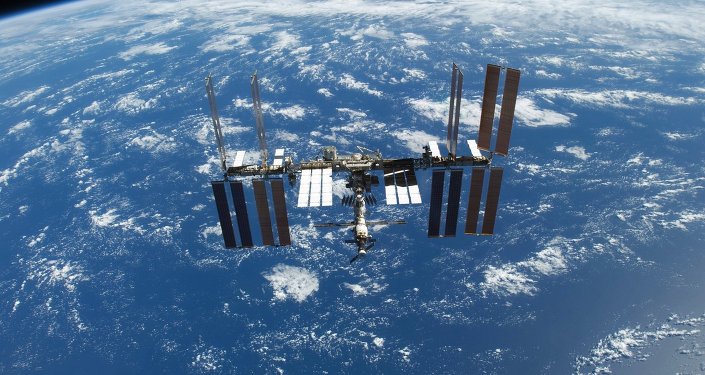 © NASA .
No Confirmation of Ammonia Leak on ISS, Crew Checking Atmosphere: NASA
CENTCOM added that an unplanned spacewalk to fix the leak may be needed before the crew's first spacewalk scheduled for February 16.

Extensive exposure to ammonia, a colorless nitrogen and hydrogen compound with a distinctive odor, causes respiratory failure and leads to the burning of the nose, throat and respiratory tract.

A crew of six specialists – Barry Wilmore and Terry Virts from the United States, Elena Serova, Alexander Samoukutyayev and Anton Shkaplerov from Russia, and Samantha Cristoforetti from Italy – are part of the ISS' Expedition 42. In March, Wilmore, Serova and Samoukutyayev will be replaced by Scott Kelly from the United States and Mikhail Kornienko and Gennady Padalka from Russia as part of Expedition 43.