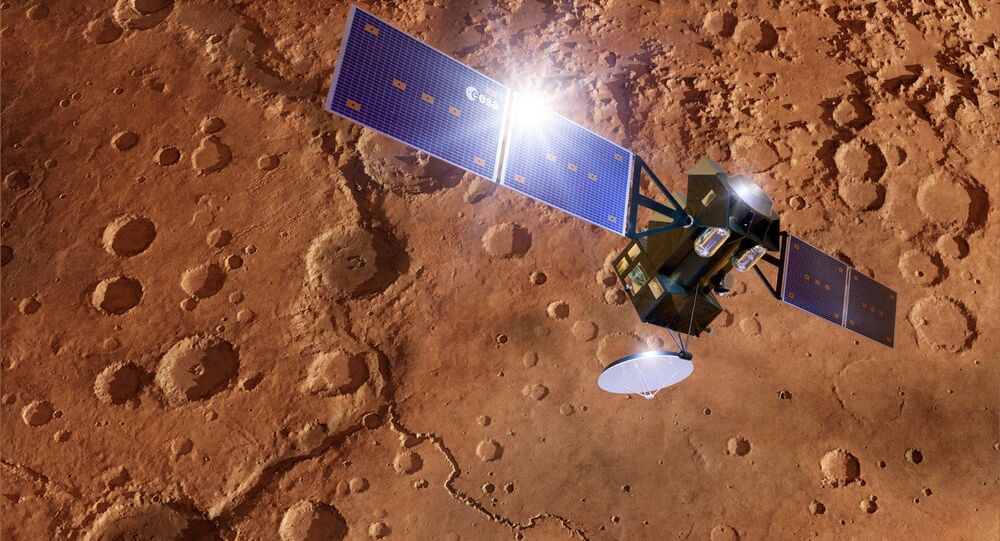 The deputy head of the Russian Federal Space Agency (Roscosmos) stated that the works on ExoMars were well under way and two missions will be launched in 2016 and 2018.

"Works on ExoMars are well under way. Our partners from the European Space Agency have repeatedly reaffirmed their desire to implement the project together with Russia. In 2016 a special Mars orbiter will be launched, and its main goal will be to explore the planet's atmosphere. Moreover, it will serve for the data exchange with the Mars rover," Savelev told Rossiyskaya Gazeta newspaper in an interview that will be released on Tuesday.

According to Savelev, a lander will also descend on Mars to test soft landing. The main part of the program will be carried out in 2018, when a Mars rover with scientific instruments, including the Russian ones, will land on the planet.

© Sputnik / Alexander Morgunov
Sanctions to Give Boost to Russia’s Space Industry: Roscosmos Head
As published on the European Space Agency's website, two missions are planned within the ExoMars program for 2016-2018. In 2016, the ExoMars project will launch an orbital probe to Mars, followed by the landing on the Martian surface of a lander module. In 2018, a Martian rover probe will be launched to explore the surface of the planet.

Both projects will be carried out with the help of a Russian Proton rocket.

In 2012, the European Space Agency and the Russian Federal Space Agency (Roscosmos) agreed on developing the so-called ExoMars program with an objective to investigate the Martian environment and to find out whether life ever existed on the planet.

After the United States and its allies introduced several rounds of sanctions over Russia’s alleged role in escalating the Ukrainian crisis, there have been fears that Europe-Russia collaboration in Mars exploration could be hampered.

Roscosmos Intends to Spend About $298 Million on Removing Orbital Clutter