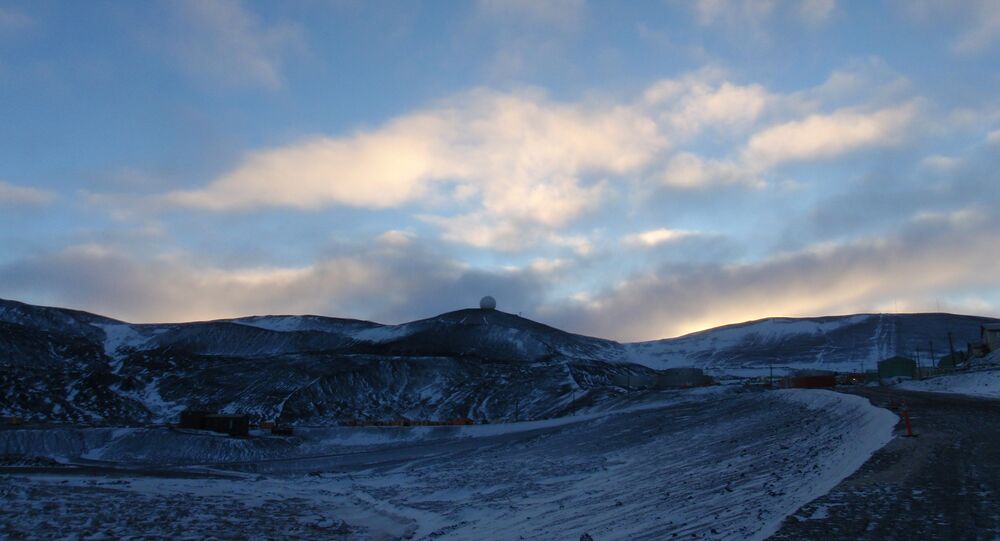 Scientists have launched a high-tech apparatus to attempt to find evidence of the Big Bang theory and gaze towards the birth of the Universe.

MOSCOW, January 3 (Sputnik) – American cosmologists at the South Pole marked the New Year with the launch of a balloon equipped with six telescopes focused on verifying the Big Bang, The New York Times reports.

The experiment, named the Suborbital Polarimeter for Inflation, Dust and the Epoch of Reionization, or shortly SPIDER, was designed by Princeton and Caltech physicists to search for primordial gravitational waves in the cosmic microwave background (CMB). These waves are traces of the early Universe and are proposed by contemporary cosmogony theories. The faint curlicues in the polarization of the microwaves “would have been caused by violent disruptions of space-time when the Universe as we know it began expanding,” The New York Times explains. So SPIDER will try to detect such signals, thus giving validation to the theory of inflation. Moreover, measuring the characteristics of detected signals will make the theory more precise.

NASA/JPL-Caltech/UCLA
NASA Dawn Spacecraft Nears Dwarf Planet Ceres
According to the Caltech Observational Cosmology website, SPIDER will also “measure the weak gravitational lensing of the CMB polarization due to the matter distribution along the line of sight.”

From a technical point of view, SPIDER is a balloon carrying a cryostat gondola with six single-frequency telescopes that “provide a large field of view and allow for a nearly optimal modulation scheme.” SPIDER will travel above Antarctica for 25 days.

© Sputnik / Sputnik
Wish Upon a Star: Moscow Planetarium Birthday
8
Similar research has been conducted with BICEP, an experiment that allegedly confirmed inflation after observing microwaves in a single wavelength. However, follow-up research casted doubt onto the results, as it suggested the signal could have been caused by interstellar dust, The New York Times reports.

In contrast with the BICEP project, SPIDER will trace microwaves in two wavelengths and will hover above the atmosphere, which frees it from mistakenly registering space dust.

According to the prevailing Big Bang theory, the Universe has been expanding since the moment it was contained in a single tiny point approximately 13.8 billion years ago.