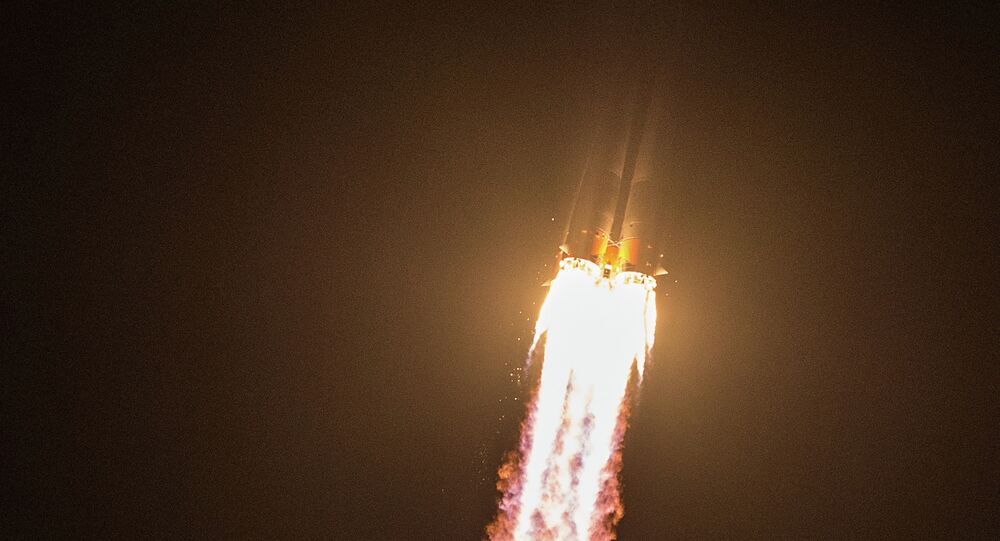 Soyuz ST-B rocket, carrying four O3b Networks satellites on board, took off from the Kourou space center in French Guiana and all four European communication satellites were put into orbit.

Four O3b Networks satellites on board the Soyuz have been designed and built by Thales Alenia Space to become a part of the medium Earth orbit satellite constellation providing broadband internet access in remote areas of the world.

The Soyuz-ST is a version of the three-stage Soyuz-2 rocket with a Fregat booster, adapted for launches in high heat and humidity climate prevalent in Kourou.

The Russian-built rockets have been sending satellites into space for several years as part of a 2003 agreement between Russia and France.

Soyuz Spacecraft With Three Astronauts Aboard Lands in Kazakhstan