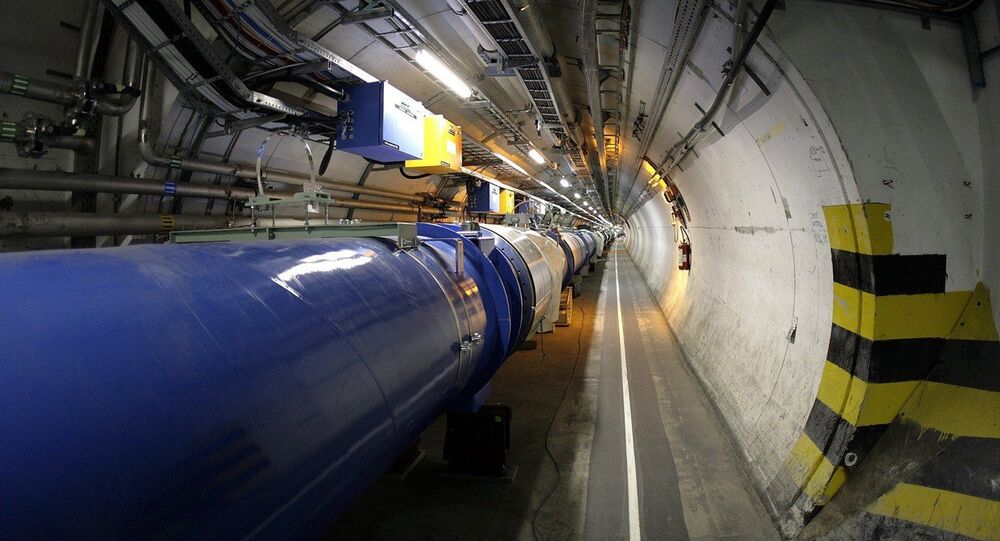 The Large Hadron Collider, built by the European Organization for Nuclear Research (CERN) is set to be turned on again in March 2015, following a two-year refit, and is prepared to operate at almost double the power level of its first run.

All of the CERN Control Center’s teams are working to get the LHC back online and the center is ready to carry out all the requested tests before circulating proton beams again in March 2015.

"With this new energy level, the LHC will open new horizons for physics and for future discoveries," Phys.org, a scientific news website, quotes CERN Director General Rolf Heuer as saying. "I'm looking forward to seeing what nature has in store for us".

Run Two follows a two-year technical cooling break. Reports suggest that the machine is now almost cooled to its normal operating temperature of 1.9 degrees above absolute zero and is ready to start smashing sub-atomic particles together again at nearly double its previous power level.

The first collisions are due to be made by May.

"After the huge amount of work done over the last two years, the LHC is almost like a new machine," Phys.org quotes CERN's Director for Accelerators and Technology Frédérick Bordry as saying. "Restarting this extraordinary accelerator is far from routine. Nevertheless, I'm confident that we will be on schedule to provide collisions to the LHC experiments by May 2015".

© East News
An undated picture released by the CERN, European Council for Nuclear Research, shows a mock-up of the Large Hadron Collidor or LHC atom-smasher which is to be built in an existing 27 kilometers tunnel near Geneva

The Large Hadron Collider is the world’s largest and most powerful particle accelerator; it stretches across the Franco-Swiss border at the foot of the Jura mountains.

It consists of a 27-kilometer ring of superconducting magnets, and features a number of accelerating structures to boost the energy of the particles along the way.

It first started up on September 10, 2008, and remains the latest addition to CERN’s accelerator complex.

Inside the accelerator, two high-energy particle beams travel at close to the speed of light before they are made to collide.

The first run, carried out at lower power, led in 2012 to the confirmation of the existence of the Higgs boson particle, which explains how fundamental matter took on the mass to form stars and planets.

That discovery was a landmark in physics, but there are still plenty of other mysteries to be unraveled, including the nature of "dark matter" and "dark energy".

© East News / James King-Holmes
An engineer on a bicycle provided for tunnel transportation rides past engineers working on the Large Hadron collider in the 27Km circular tunnel at CERN near Geneva in the planned 2013 shutdown
...
Reddit
Google+
Blogger
Pinterest
StumbleUpon
Telegram
WhatsApp
86