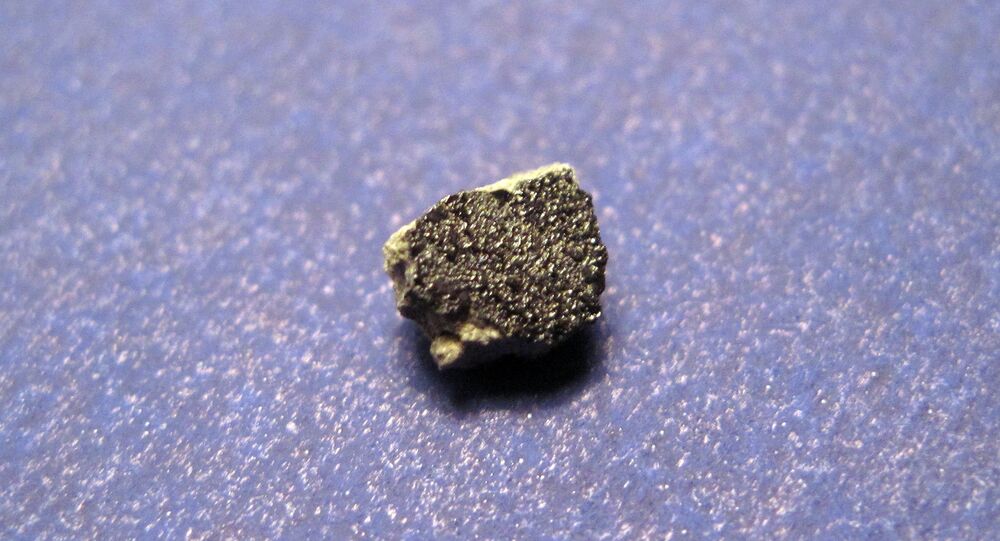 A meteorite from Mars, found in the Moroccan desert three years ago, contains organic matter of extraterrestrial origin, scientists say.

MOSCOW, December 3 (Sputnik) — Chinese scientists discovered that a meteorite of Martian origin that hit Earth in Morocco in summer 2011, contains signs of water and organic carbon combinations, which may be evidence of extraterrestrial life dating 700,000 years back in time.

© REUTERS / /European Space Agency - ESA
Philae Lander Probe Finds Organic Molecules on Comet: German Space Agency
Meteorite ‘Tissint’ landed in the midst of Moroccan desert of Guelmim-Es Semara on 18 July, 2011, roughly 700,000 years after it was chopped off the Martian surface by an asteroid from outer space. The 8-kg gray-coloured glassy boulder surprised scientists, as in contained traces of water, but it was only recently that the researchers found previously unidentified matter in its carbon composition, biological  and organic in nature.

The researchers assumed the organic matter could still have appeared on the space guest after it landed on Earth. But the recent tests have ultimately proven it is extraterrestrial nature.

"We cannot and do not want to entirely exclude the possibility that organic carbon within Tissint may be of abiotic origin," Professor Yangting Lin of Chinese Academy of Sciences in Beijing wrote, suggesting the organic matter may still be physical, not biological, in origin. However, this is very unlikely.

nasa.com
NASA Completes Mars-Bound Spaceship, Readies for Test Flight
"It could be possible that the organic carbon originated from impacts of carbonaceous chondrite meteorites. However, it is not easy to conceive by which processes chondritic carbon could have been selectively extracted from the impacting carbonaceous chondrites, selectively removed from the soil and later impregnated in the extremely fine rock veins," Lin concludes. The full study was published in the journal ‘Meteoritics & Planetary Science’.

The scientists point out the organic matter is extraterrestrial in origin and has four unusual features. Firstly, the meteorite did not spend a lot of time on Earth outside of the scientists’ control. Secondly, the organic matter was sealed inside the rock, under its glassy surface, created by the high temperatures only possible at atmospheric entry. Thirdly, some of these carbon compositions hardened into diamond, which is also only possible in natural conditions outside of Earth. Fourthly, the carbon-containing matter also bears a lot of deuterium, found in Martian soil.