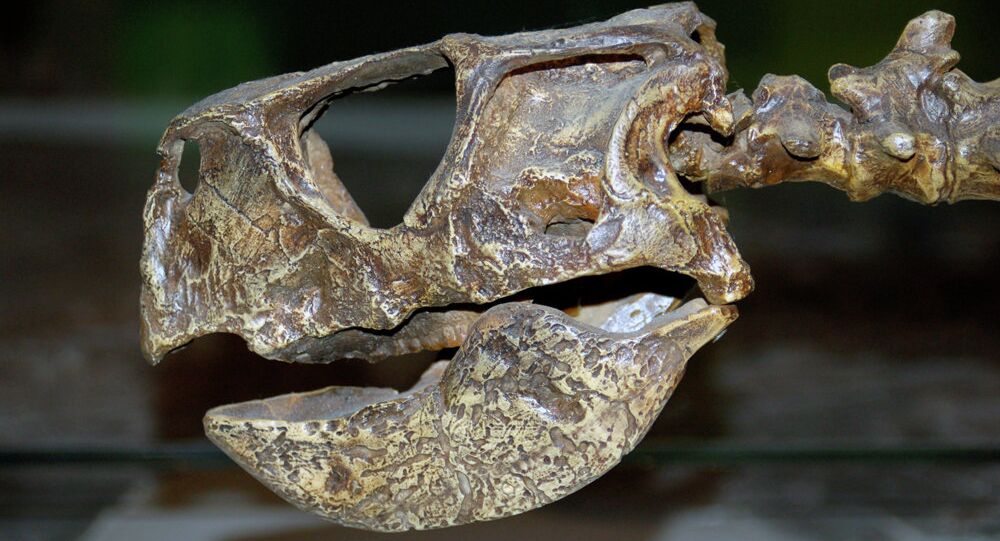 The remains of a dinosaur herd, including a specimen as large as 2.5 meters from head to tail and possibly 130 million years old, have been found in Russia’s Siberia.

MOSCOW, November 14 (Sputnik) – The remains of 6-7 adult specimens alongside 7-8 cubs of parrot-beaked dinosaurs or Psittacosaurus Sibiricus have been found in Russia’s Siberia in a river bank, Evgeny Maschenko from the Paleontological Institute of Russian Academy of Sciences told Sputnik on Friday.

The well-preserved fossils might date back to the Cretaceous period and could be up to 130 million years old. Among the skeletons is a specimen as large as 2.5 meters from head to tail. It is the largest ever found dinosaur of this type.

The excavation site near the village of Shestakovo, Maschenko says, is a long established site known as a dinosaurs graveyard where the bones and teeth of dinosaurs are often found.

The recent excavations and the number of skeletons discovered might suggest the dinosaurs lived in herds, a fact never previously supposed.

At the end of November, the fossils will be put on display at the Kemerovo Regional Museum of Local History.

© Photo : Wikipedia / FunkMonk
At the end of November, the fossils will be put on display at the Kemerovo Regional Museum of Local History.
...
Reddit
Google+
Blogger
Pinterest
StumbleUpon
Telegram
WhatsApp
118