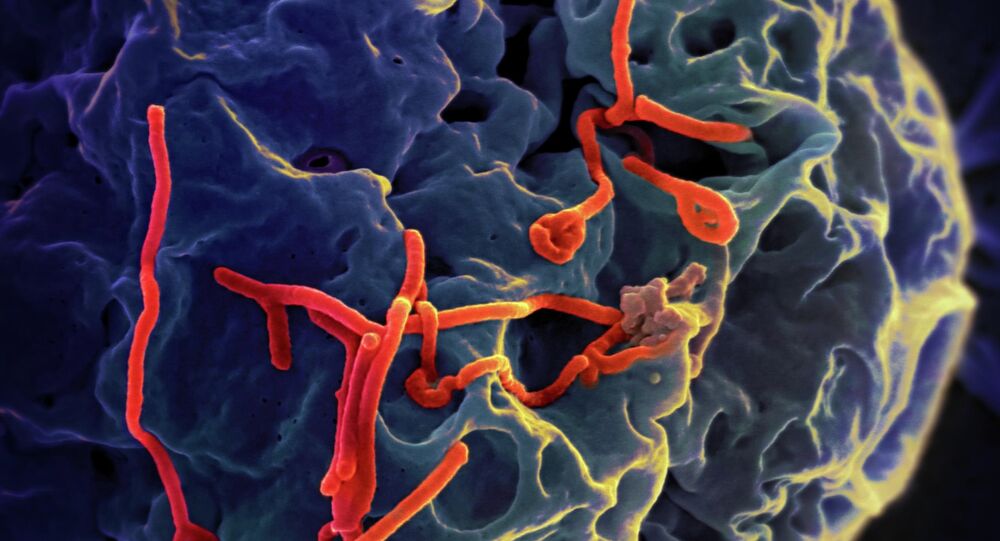 MOSCOW, November 11 (RIA Novosti) — Russian infectious disease control specialists believe that it is too early to judge the effectiveness of Avigan, Fujifilm’s anti-Ebola medication, which had been prescribed to four successfully recovering patients.

Earlier Shigetaka Komori, the president of Japan’s Fujifilm Holdings Corp said that Avigan, which could be released for treating Ebola by as early as 2015, may well be the first licensed medicine to be used against the virus. According to Kyodo News, the company has received permission from the French and Guinean governments to carry out clinical testing of the drug this month, with the results to be announced in late December. After that, the drug will be subject to additional testing for safety and effectiveness. Avigan went on sale in Japan in March of this year as an anti-flu medication.

Commenting on the the four people who recovered after taking Avigan, Dr. Nikolai Malyshev, the Chief Specialist on Infectious Diseases at Moscow’s Department of Health, noted that four cases are insufficient for an objective assessment.

“How are people in Africa being treated [at present]? Not very well in practice; they are all taken to one location…There the mortality is over 80 percent, whereas in good institutions the morality rate is 10-20 percent – that is, eight in ten will survive, if they are properly treated. So the four patients who recovered – this is not indicative of something greater. Further study is necessary,” Malyshev told Rossiya Segodnya.

Malyshev noted that in assessing the effectiveness of the drug, it’s necessary to pay attention to the stage of the virus at which the doctors used it. “The further from the onset of the disease, the worse the prognosis. It’s necessary to compare at what stage the medication was given. Because what the media publishes – well it’s not exactly a scientific report.”

Dr. Vladimir Nikiforov, Professor of the Department of Infectious Disease Studies at the Federal Biomedical Agency Institute, agreed with Malyshev. “Almost all the European doctors who had come back from Africa have been [effectively] treated. If complex therapy is begun, and an antiviral drug is added to it, I cannot say exactly what it is that works – the antiviral drug or the complex therapy.”

According to the World Health Organization, there are approximately 4,800 Ebola-related deaths, from about 13,000 infections. The largest number of deaths occurred in three West African countries: Guinea, Liberia and Sierra Leone. Previously, the WHO had announced the successful eradication of the epidemic in Nigeria and Senegal. The organization has also noted that the spread of Ebola in Liberia is gradually slowing.