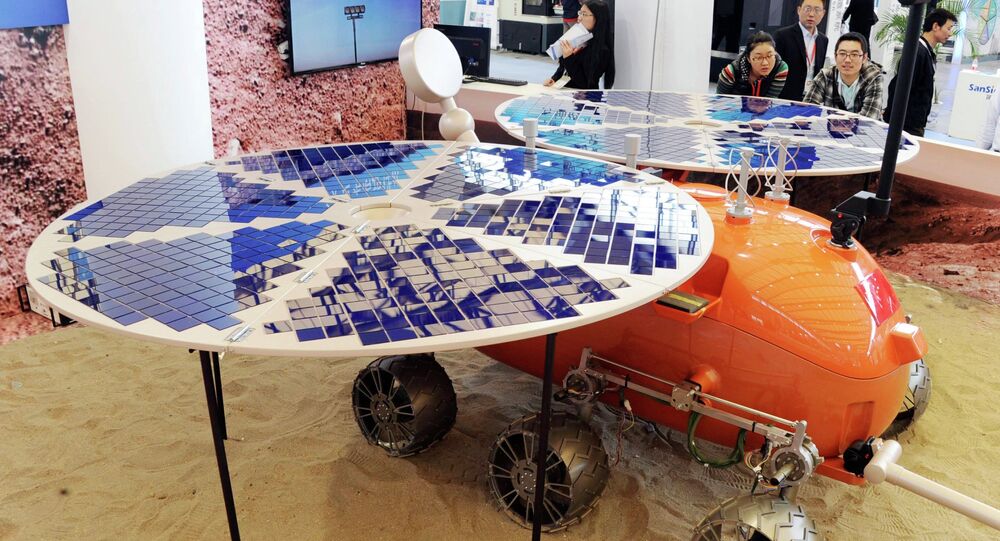 China has presented its first Mars rover that has been tested in the Tibet plateau simulating Martian terrain.

According to the newspaper, despite some resemblance to the Chinese lunar rover that was launched in December, the Mars rover still has some important design differences, which will allow it to operate in different environments. The Mars rover has a large dish antenna on its back and is also equipped with more solid wheels.

It is not yet clear whether the rover will carry a nuclear power source on board and what the exact scientific payload will be.

East News/ Xinhua News
China to Introduce Own Space Law in 2020: National Space Administration
Low temperatures on the red planet and dust storms are named among the challenges that the Chinese rover could face in the field.

The newspaper also reported that Chinese scientists, during preparations for the Mars project, used the Tibetan plateau to mimic Martian terrain in order to construct a prototype of a base on Mars with all the necessary technology.

The Chinese government has not yet announced an official time line for the project in light of political, technical and financial concerns associated with it.

China International Aviation and Aerospace Exhibition, also known as Airshow China, is an international aerospace trade show that has been held in Zhuhai every year from 1996. The exhibition sees the showcasing of life-size products, technological exchange and serves as a platform for trade talks. In 2014, the expo will take place from November 11 to 16.