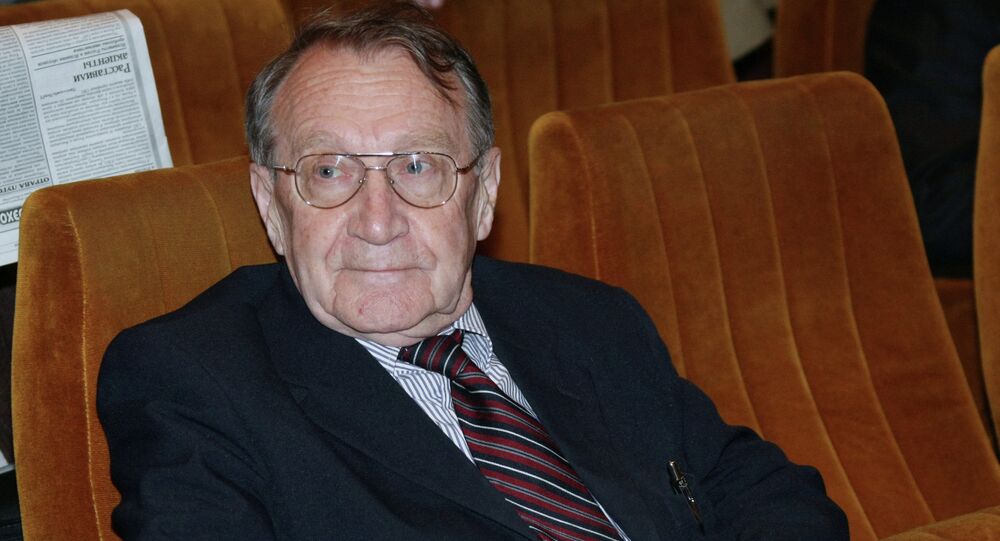 BOSTON, November 10 (Sputnik) — A particle accelerator designed by Russian scientists will be installed at the Brookhaven National Laboratory in the United States, Russian and US physicist Roald Sagdeev told Sputnik.

"This is a tremendous example of successful cooperation. Indeed, this is an area of huge competition: not just academic institutions, but also commercial firms offer their own versions of the boosters, and the best choice proved to be the variant proposed by Novosibirsk's Akademgorodok," the physicist, member of Russian Academy of Sciences, said on the sidelines of the Russian-speaking Academic Science Association (RASA) conference in Boston.

"And thank God that the sanctions and the deterioration of the situation did not stop the project," Sagdeev added.

The physicist explained that certain types of radiation are needed to be applied on subjects of researches in the fields of molecular biology, chemistry and physics.

Sagdeev noted that "space cooperation [between Russia and the United States]… goes on."

"Then comes the cooperation in nuclear energy. And generally in the field of energy, not just nuclear, but also alternative," he added.

The conference, which was attended by Sagdeev, took place in Boston on November 8-9, supported by the Russian Embassy and Skolkovo Institute of Science and Technology, is aimed at promoting dialogue between the Russian and international scientific communities.

RASA is a non-governmental organization founded in 2008 and comprising former soviet scientists working outside of Russia. The organization has more than 400 members and holds annual conferences. There are two RASA sections at the moment — in Europe and in the United States, with opening of the third one in Asia scheduled for 2015.

Nobel Prize for Physics Awarded for Invention of Blue LED

Colliders at the Institute of Nuclear Physics in Novosibirsk