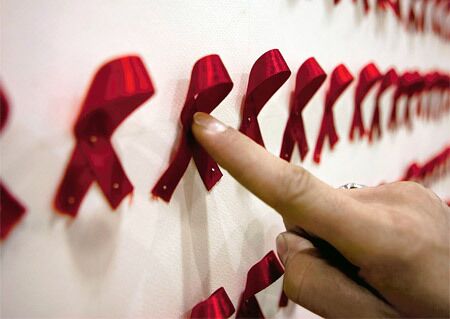 Yemen should enforce national and international anti-discriminatory legislation, because people tested with HIV and AIDS positive are routinely denied health care in the country.

MOSCOW, November 3 (RIA Novosti) — Yemen must enforce national and international anti-discriminatory legislation, as people with HIV and AIDS are routinely denied health care in the country, the Human Rights Watch (HRW) said in a letter to the Yemeni Health Ministry Monday.

“I write to share with you information that Human Rights Watch has gathered that some individuals with HIV are being denied access to health care at public and private medical institutions. While we acknowledge the current transitional period and lack of clarity as to when a new minister will be appointed, we ask what steps the Ministry of Health can take to address these alleged violations of Yemeni law and the internationally protected right to the highest standards of health,” the organization’s Middle East and North Africa director Sarah Leah Whitson said in the letter.

According to HRW, people infected with HIV in Yemen are often denied treatment when medical staff is informed that they are HIV positive.

“Three health professionals from separate facilities told Human Rights Watch that on August 15, 2014, at the state-run Republican Hospital in Sanaa, a doctor refused to treat a patient suffering from seizures when she learned the patient was HIV positive,” HRW said.

According to an HIV positive woman interviewed by the organization, doctors at a private clinic forced her to leave as she was in labor and in need for a caesarian section in 2012, while “several other individuals living with HIV described being denied care at public and private health facilities in Sanaa and Taizz for a range of different ailments”.

HIV-infected persons must often seek medical assistance at private health facilities, as they are refused help at state-run clinics and hospitals, HRW said. Private facilities reportedly charge the patients higher fees for medication and treatment as they know the patients cannot get help other places.

The right to highest attainable standard of health is outlined in the International Covenant on Economic, Social and Cultural Rights, which Yemen ratified in 1987, the organization noted. HRW also urged Yemeni authorities to implement a national law signed in 2009, which grants HIV patients free health care and psycho-social support. According to UNAIDS, some 6,000 people in Yemen are HIV positive.