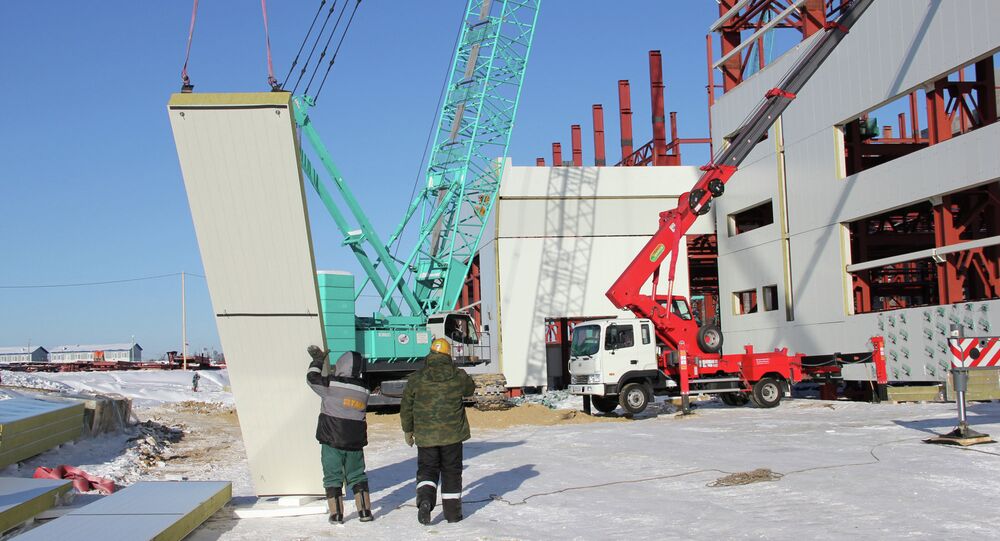 Investigators in Russia said Tuesday that they have detected 800 legal violations, mainly of labor regulations, during checks on construction work at the Vostochny space center in the Far East region of Amur

KHABAROVSK, February 25 (RIA Novosti) – Investigators in Russia said Tuesday that they have detected 800 legal violations, mainly of labor regulations, during checks on construction work at the Vostochny space center in the Far East region of Amur.

Deputy Prosecutor General Yury Gulyagin said more than 1.5 million rubles ($42,200) in back pay is still owed and that disciplinary proceedings will be taken against 200 people.

Gulyagin also said permits had only been granted for four out of 12 assets under development.

“There are significant flaws in the monitoring of the quality of work,” he said.

Gulyagin said 70 percent of the violations detected by the prosecutor’s office involved infringements of the labor code.

Concerns over labor standards at the space center under construction come in the same week that Deputy Prime Minister Dmitry Rogozin, who oversees the space and defense industries, argued for prioritizing work on the facility and eventually boosting the current complement of 5,000 workers to 15,000 people.

During a report to visiting government officials, a project manager said Monday that the number of workers would this year be increased to 8,000.

Officials have said that last summer’s excessive rainfall and frosty conditions this winter added to delays in the completion of the facility, which is scheduled to launch its first rocket next year and come fully online by 2020. Rogozin said Monday that Vostochny could be used for manned missions from 2018.

Russia is currently building a launch complex for the Angara rocket family at the Vostochny space center to reduce dependence on the Baikonur cosmodrome leased from Kazakhstan for $115 million per year.

Construction work on Vostochny, which is spread over an area of 700 square kilometers, began in mid-2012 near the town of Uglegorsk.