A small asteroid hit Earth just hours after it was first discovered, astronomers said, but likely burned up in the planet’s atmosphere.

MOSCOW, January 3 (RIA Novosti) – A small asteroid hit Earth just hours after it was first discovered, astronomers said, but likely burned up in the planet’s atmosphere.

The asteroid entered the Earth’s atmosphere over the Atlantic Ocean somewhere between Central America and East Africa, most likely off the coast of West Africa, at about 2:30 a.m. Universal Time (8:30 a.m. Moscow time), according to calculations by dynamicist Stephen Chesley.

Physicist Peter Brown told Sky & Telescope Magazine that the asteroid’s impact energy was equivalent to the explosive power of 500 to 1,000 tons of TNT and was no bigger than a small car, meaning it was too small to reach the ground intact.

2014 AA is the first asteroid to be discovered this year. 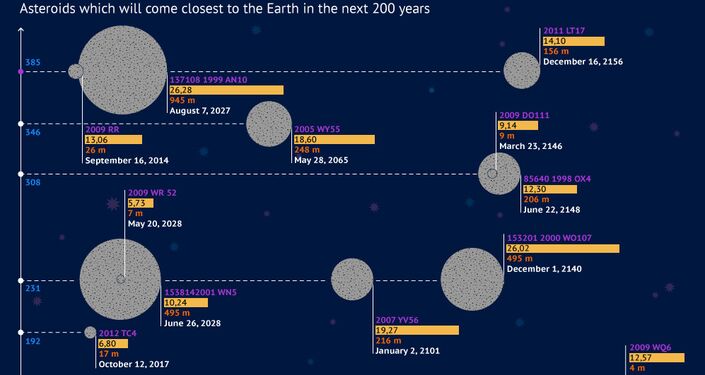