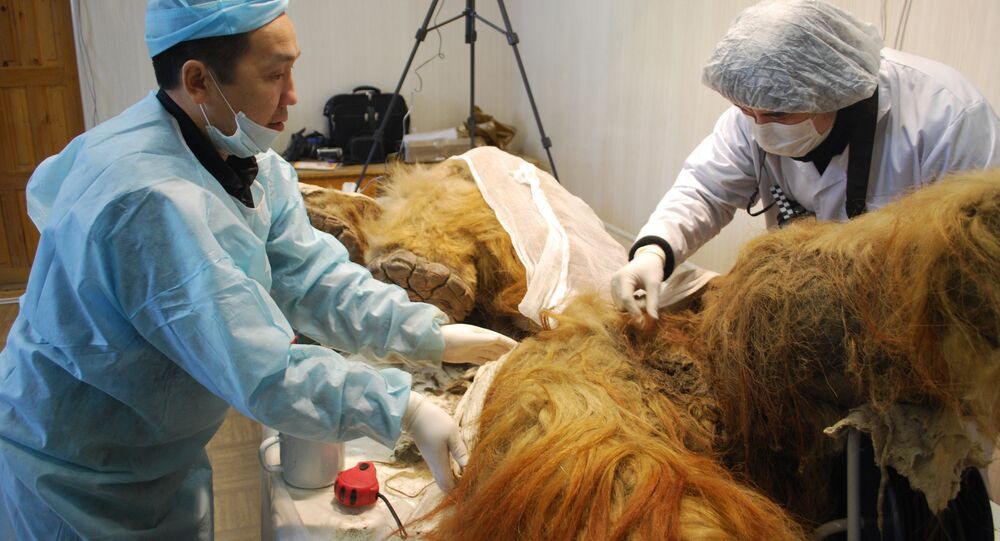 "In a unique area at the depth of about 100 meters we discovered some rich material for reasearch - soft and adipose tissues, fur and bone marrow of a mammoth," Semyon Grigoryev, chief of the Yana-2012 expedition, told a meeting at a university in the region's capital city, Yakutsk.

Another group of scientists in Yakutsk signed a deal with Hwang in March to clone a woolly baby mammoth that was discovered in the permafrost on the coast of the Laptev sea last year. It is thought to have been dead for some 10,000 years.

Hwang, the leader of Sooam Biotech Research Foundation, was hailed as a national hero in South Korea and awarded the title "supreme scientist" until some of his research on human embryos was declared bogus in 2006.

He received a suspended jail term in 2009 for embezzlement and accepting millions of dollars in grants under false pretences. Hwang created the world's first dog clone, an Afghan hound puppy, in 2005. In October last year, he claimed to have cloned coyotes for the first time.

However, experts from the Institute of Paleontology of the Russian Academy of Sciences told RIA Novosti that the discovery of living mammoth cells is unlikely.

“The cell structure with nucleus can be preserved under special conditions in deep-freeze,” Alexander Agadzhanyan, the chief of the Institute’s mammal laboratory, said adding that cells needed a stable exchange with the environment to stay alive.

He also said that scientists have so far failed to fully extract the intact DNA of a mammoth.