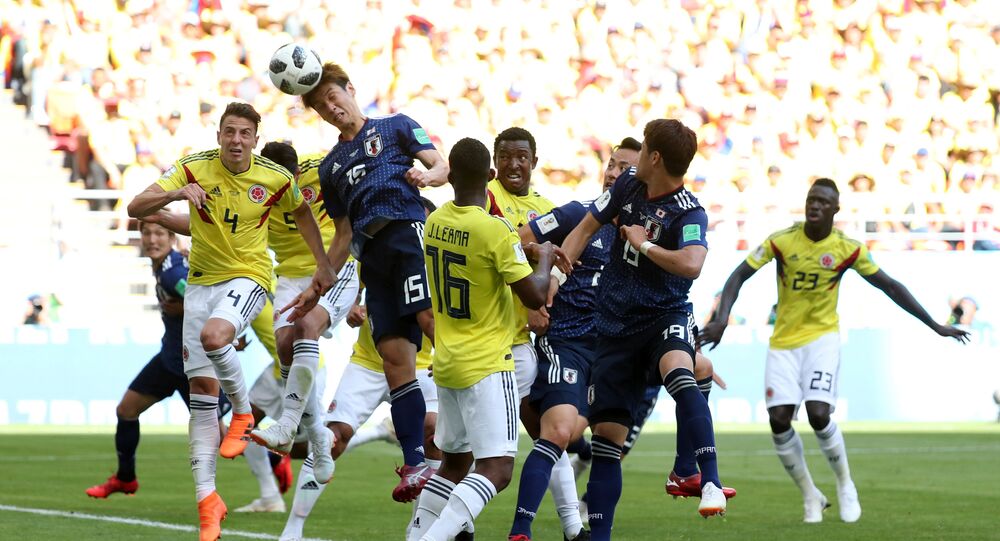 MOSCOW (Sputnik) - Japan, who are playing at their sixth straight FIFA World Cup, got off their campaign to a winning start after defeating ten-man Colombia 2-1 in Saransk on Tuesday.

Colombia striker and captain Radamel Falcao, who is 32, played in the first World Cup match of his career but failed to extend his all-time scoring record of 29 goals for Colombia.

His teammate, midfielder Carlos Sanchez became the first player of the 2018 FIFA World Cup to be shown a red card after handling the ball inside the penalty area early on.

© CC0
Watch World Cup With Fans of All 32 Nations? Challenge Accepted by 4 Londoners
Japan midfielder Shinji Kagawa stepped up to convert the ensuing penalty and put his side in front six minutes into the match.

Colombia equalized through Juan Quintero's free-kick in the 39th minute after goal-line technology confirmed that Japan goalkeeper Eiji Kawashima only grabbed the ball behind the line.

Poland will take on Senegal in the other Group H match, set to be played in Moscow later on Tuesday.