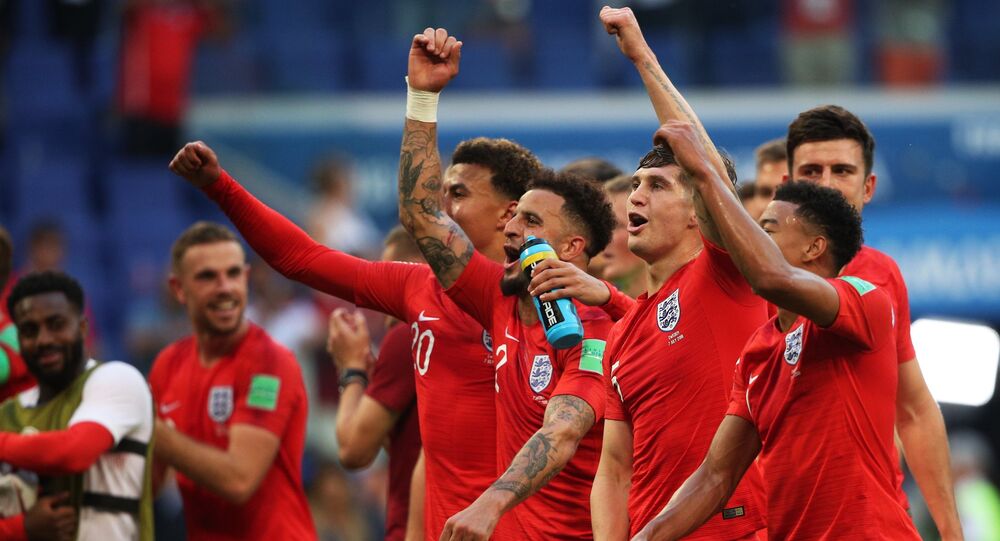 "I think they could [win the World Cup]. They are strong and well-organized. This is the team that plays good football. I think they will be able to go till the end [of the tournament]… I respect the England team and congratulate them," Andersson said.

He went on saying that they might have failed because they faced a very tough opponent who played with five defenders and could not show their best game.

The Sweden head coach didn't comment on his plans on future in the country.

"We'll discuss it next time. I have no thoughts about my future [with the team]. I have a contract that will be valid for two more years," Andersson told journalists.

He also noted that he respected England head coach "immensely."

"I respect [England head coach Gareth] Southgate immensely, he has a wonderful team. England are tough opponents… It's difficult to break their defense. They resemble us in this aspect. We lost today's duel. But in general, we have given a great performance at the tournament, although everyone will be sad now. However, time will pass, and we'll be satisfied with this result. Later, but not now," Andersson said.

Addressing the game England goalkeeper Jordan Pickford, named the man of the match after keeping a clean sheet, stated that hard work helped him to make the necessary saves.

"I just work hard every day, I mean training. All the saves I made in training is to showcase on a match day and I've showcased that I'm capable of making saves, it's a good performance," the 24-year-old told journalists.

© AP Photo / Alan Diaz
'We'll Boycott Ikea': England Fans Troll Sweden Ahead of World Cup Match
Sweden lost 2-0 to England in Samara on Saturday and will be heading home, while England advance to the semi-finals, where they will face the winner of the Russia-Croatia quarter-final match. This will be the first World Cup semi-finals for the English players in 28 years.