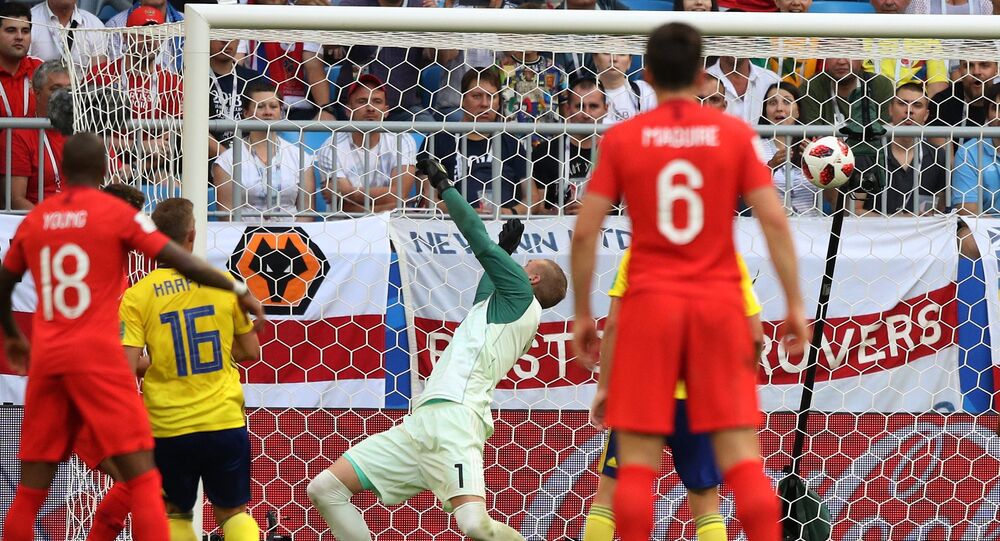 The Samara Arena hosted its last match of this summer's tournament with 39,991 supporters watching England's victory over Sweden 2-0. Now the English players will face either Russia or Croatia in the semifinals.

English defender Harry Maguire has scored the first goal in the England-Sweden World Cup match in the 30th minute.

The first half of the match has ended with a score of 1-0 in favor of England, which started by playing rigidly, attacking Sweden goalkeeper Robin Olsen with nearly incessant strikes.

After the break England continues to pressure Sweden team and after a swift charge Dele Alli doubled his side’s lead at the 58th minute. Despite all the desperate attempts, Sweden failed to strike back, and England won 2-0, reaching World Cup semifinals for the first time in 28 years.

Later England goalkeeper Jordan Pickford was named the man of the match.

The winners of the match will take on either Russia or Croatia, which play later in the day in Sochi, in the semifinals.

England is playing in the quarterfinals of the FIFA World Cup for the first time since 2006, when they lost on a penalty to Portugal.

The captain of the English team at the time was David Beckham. Sweden, whose best result at a World Cup was as the runners-up in 1958, will take on the 1966 champions England in Samara on Saturday.