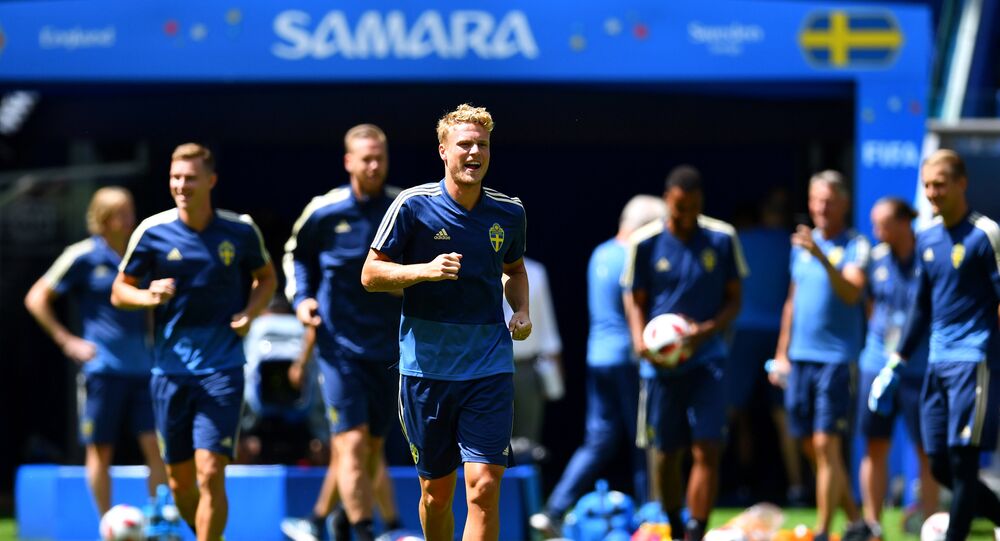 Mere hours before the critical match between the national squads of Sweden and England, the Swedish footballers suddenly woke up to an alarm in their 5-star hotel in Samara, Russia.

A fire alarm was activated at 8 a.m. local time, [4 a.m. GMT] and forced the team to gather in the lobby in order to evacuate, according to reports.

"There was an alarm, but now everything is fine, nothing serious happened. Everything is fine with the Swedes, English, Russians, Chinese and other guests of our hotel," a hotel spokesperson said.

The football players and coaching staff of the Swedish national team were able to return to the hotel after less than a minute when the evacuation turned out to be a false alarm.

"At about 8:30 a.m. the team was forced to evacuate from the hotel. Most of the team at this time was asleep. These were small technical problems, we almost immediately returned to the hotel. Nothing terrible happened, we were on the street for about 45 seconds, after which we could immediately return to the hotel," President of the Swedish Football Association (SvFF) Karl-Erik Nilsson said.

The World Cup footballers have a strict program of diet, exercise and rest and are told to get as much sleep as possible the night before a match.

READ MORE: Formula One Champion Vows to Visit FIFA World Cup if England Gets to the Finals

England, who beat Colombia on penalties in their round of 16 match, will take on Sweden in Samara later in the day.