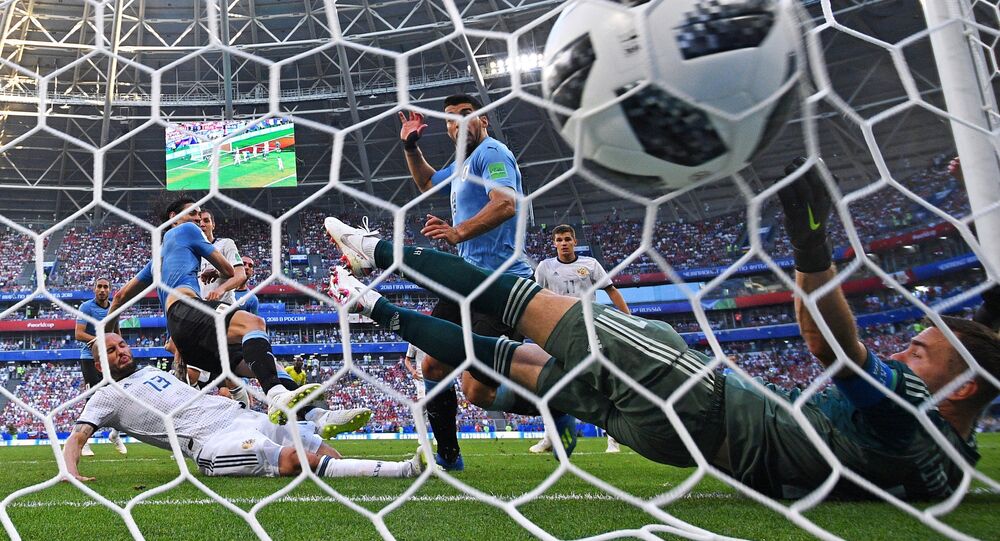 As the World Cup match between Russia and Uruguay drew to a close, Russian football fans took to social media to vent their frustration over their team’s staggering loss.

The Russia-Uruguay match at the FIFA World Cup ended in a 0-3 crushing defeat for the world championship hosts, prompting many of their fans to express their feelings on Twitter.

While many tweets, somewhat predictably, contained mostly expletives directed at the participants of the match, a number of people apparently sought refuge in humor as they came to terms with the game’s results.

​"When I come home and learn that Uruguay scored twice against us," tweeted another.

Release Ovechkin! Our guys will beat Uruguay in a jiffy!

​And there were also those who went on to congratulate Uruguay in a display of sportsmanship.

"Congrats with your victory, Uruguay, you guys are great!"