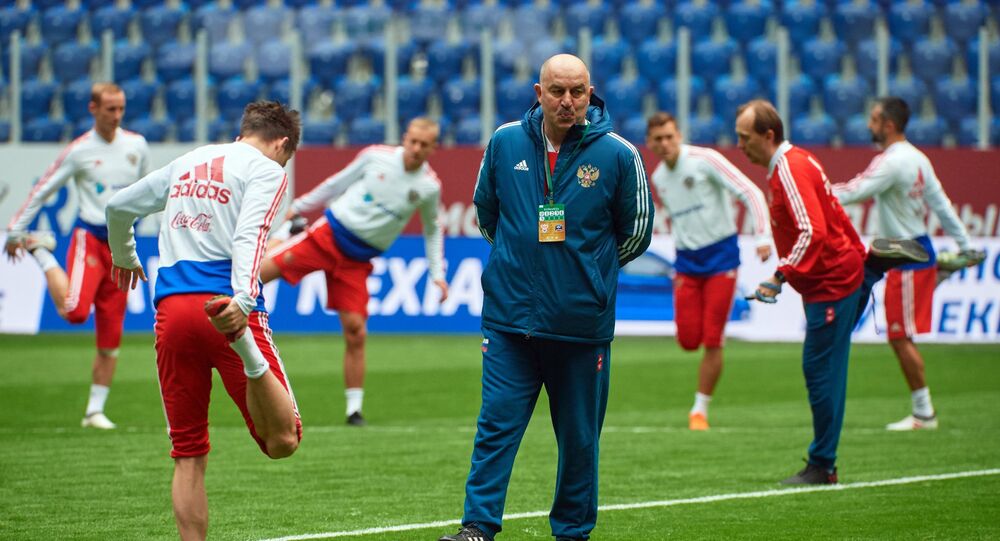 SAMARA (Sputnik) - Uruguay head coach Oscar Tabarez said on Sunday that Russia had a lot of potential at the 2018 FIFA World Cup.

Uruguay, who defeated Egypt 1-0 in their opening game on June 15 and beat Saudi Arabia by the same scoreline on Tuesday, will face Russia on Monday in a match that will decide which of the teams wins Group A, while both have qualified for the round of 16.

"The team [Russia] has grown a lot. They had difficulties at the beginning, lack of competitive test matches, because they weren't participants of the qualification round to the World Cup. But they learned from their difficulties, and now what we see is the team that has a lot of potential. It is very impressive when it comes to their physical stamina, they are well-grounded in their system of play," Tabarez told journalists.