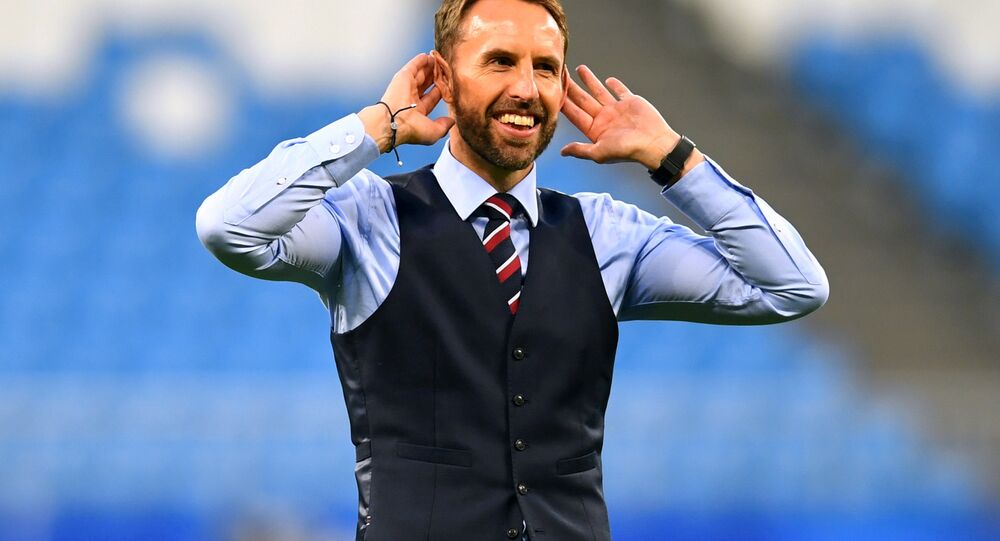 ST. PETERSBURG (Sputnik) - England suffered a 2-0 defeat at the hands of Belgium in the World Cup third-place play-off in St. Petersburg on July 14.

England head coach Gareth Southgate said on Saturday that his side had a "wonderful experience" communicating with the Russian people during the 2018 FIFA World Cup in Russia.

"I want to thank everybody here because the way that we've been received in Russia was fantastic. The organization of the tournament has been brilliant… Our welcome in Russia, in every city, has been outstanding. There's a lot of talk about the relationship between our two countries, but… mixing with the people of Russia… we've had a wonderful experience, and I think that all our supporters have had as well… I hope… that all of the British journalists have felt part of what we're doing," Southgate told journalists.

The head coach said that the tournament had been a "wonderful adventure."

"We now have some big fixtures in autumn, we'll be playing the likes of Spain, Switzerland and Croatia… There are great opportunities for us to develop, to improve, to… look at players. We have to… constantly evolve and improve, and I feel… that we've done that particularly over the last eight months. We ended up having a brilliant adventure here that every member of our party, players and staff, enjoyed immensely," Southgate said.

"We know exactly the areas where we hope to get better… We're not in club football, where we… can go and buy new players, we have to coach and develop and improve as a group. That requires from the players the willingness to learn and improve, and they've shown that in abundance," Southgate said.

The 2018 FIFA World Cup kicked off on June 14 and will come to a close on Sunday, with France facing Croatia in the final at Moscow's Luzhniki Stadium.