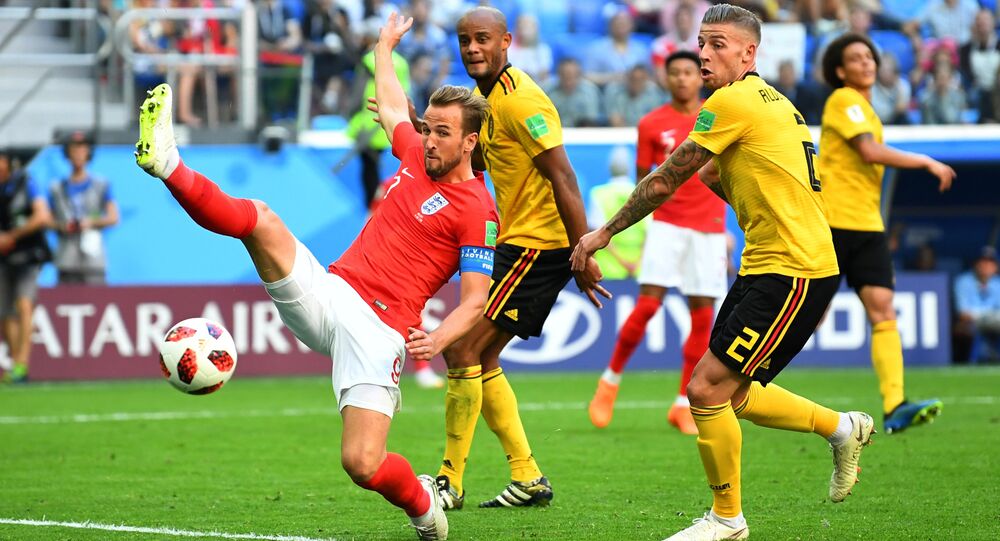 Belgian fans naturally flooded social networks, predominantly Twitter, to post their congratulations to their team, praising their spectacular, “beautiful” play; some even came with a corresponding hashtag #redtogether to heap their praise.

Most hilarious memes focus on the general outcome of the match and users’ most personal expectations and assumptions:

One couldn’t help doing justice to Pickford and his World Cup coming-out:

How many other goalies have had their coming-out moment to the world at the World Cup like Jordan Pickford has. The heroics he displayed at this year’s tournament were legendary. #BELENG

Someone even picked up on the idea that most English players are part of the Premier League, overrated and certainly no equal to Belgium:

One user specifically focused on the choice of the best World Cup player…and laughed it off:

Another brought in Brazil’s Neymar and recollected his strategic falling tricks:

Uncle Neymar, you see your life??. While hazard picks up his bronze medal 🏅, you'll be there learning how to fall like Iroko tree.💁🏻#WorldCup #BELENG pic.twitter.com/rIcXMHeIet

Marouane Fellaini’s hairstyle most certainly couldn’t have escaped the spotlight either:

Although English striker Harry Kane played a very discreet role in today’s bout against Belgium, chances are that he will still be the top scorer of the cup. Some users naturally speculated on this, with one even suggesting other users vote:

#BELENG well played #Eng and congrats to #bel. Sad to say the #WorldCup has come to an end for us, it's been an intense one, and I have to say, the future is looking quite good. One positive is @HKane will more than likely win the Golden Boot! But..do you think he deserved it? 👊

The “coming home”’ rhetoric is again present, but however in a slightly different context:

Unauthorized socks are also the subject of a number of memes: