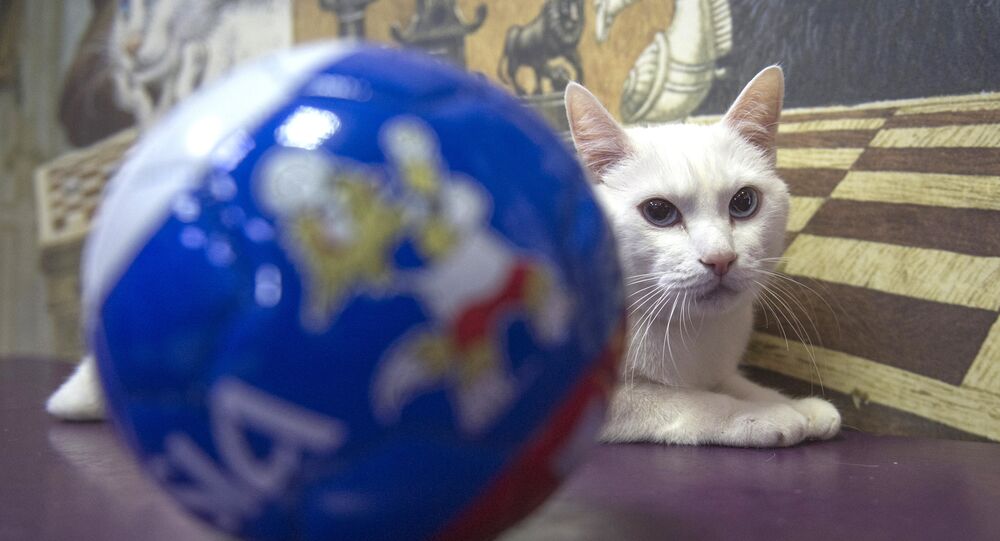 ST. PETERSBURG (Sputnik) - Achilles the cat, who lives at St. Petersburg's Hermitage Museum and is the animal oracle for the 2018 FIFA World Cup, predicted Belgium's victory over England in the third place play-off, a Sputnik correspondent reported on Saturday.

The oracle cat made the prediction at the Hermitage, the second-largest museum in the world, by selecting, not without some hesitation, a bowl of food marked with the Belgian national flag. He initially chose the "English" bowl, a move interpreted as an omen of a tough match ahead and a possible lead for England.

© AFP 2020
The Nearly Men: Can England, Belgium & Croatia Slay Demons of 1986, 1990, 1998?
Achilles, who also predicted the match winners during the 2017 Confederations Cup, has already made six accurate predictions during the World Cup. He correctly predicted Russia's wins over Saudi Arabia and Egypt, Iran's victory over Morocco and Brazil's win over Costa Rica. He has made two mistakes so far; choosing Nigeria as the winner of the match against Argentina and predicting that Switzerland would beat Sweden in the round of 16.

The 2018 FIFA World Cup kicked off on June 14 and will come to a close on Sunday, with France facing Croatia in the final, set to be played at Moscow's Luzhniki Stadium.