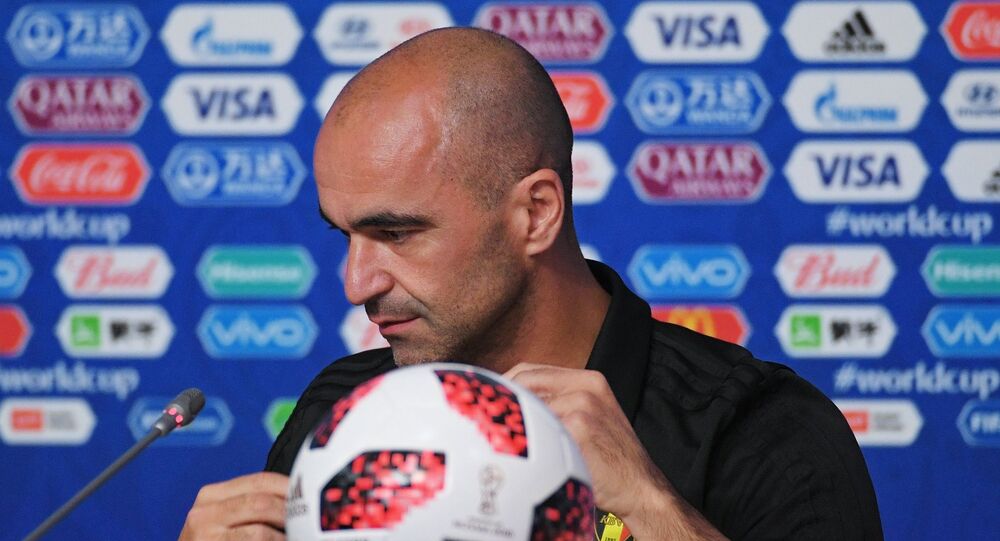 "I think a Belgian footballer us quite unique — a technical player with an incredible footballing brain… It's been two years trying to build a group… We tried to come together and be as good as we could at the international level… It's a group of people who share a vision of trying to make the Belgian people proud and trying to achieve something important… They've actually done that," Martinez told journalists.

"Thierry Henry… brought us something that we didn't have… international experience, the know-how of winning a World Cup, the know-how of… performing in front of the eyes of the world… His dedication, his attention to detail, trying to help any player in the squad on a daily basis has been very important. He was a perfect missing piece of our technical staff," Martinez said.

Speaking about the rivals, he stated that France is individually as strong as Brazil’s side.

"I don't think the match against Brazil was the hardest. All World Cup matches are hard. Individually, the French players have the same qualities as Brazil. If you lose concentration for a moment, they will attack. We can't go on the pitch [tomorrow] and believe that the hardest part is over," Martinez told journalists.

The head coach has praised his side's midfielder Kevin De Bruyne, who was named the man of the match in Friday's World Cup quarter-final as he helped Belgium beat Brazil 2-1 in Kazan by doubling his side’s lead in the 31st minute.

"Kevin De Bruyne is a modern playmaker… He [De Bruyne] goes even quicker than you can see. His level of execution is exceptional…. His performance is very-very attractive… For us, it is essential to have a player like Kevin. He can play different roles… apart from a goalkeeper," he said.

De Bruyne, in his turn, underlined the team's head coach Roberto Martinez made them believe they can win the World Cup.

Martinez became Belgium's head coach in 2016 and led the team to qualify successfully for the World Cup in Russia. At the tournament, they finished top of Group G and beat five-time champions Brazil in the quarter-finals.

"Martinez unleashed the team's potential. We've been playing together for more than seven years. The coach united us, gave us faith in winning [the World Cup]. The players didn't believe they can win the European Championships or the World Cup before," De Bruyne told journalists.

© Sputnik / Alexey Danichev
From left to right: press secretary of Belgium national team Stefan Van Luk and Kevin De Bruyne (Belgium) at a press conference on the eve of the semi-final match against the French national team.

The Red Devils will take on neighbors and 1998 champions France in St. Petersburg on Tuesday.

Russia is hosting its first-ever FIFA World Cup, with the final set to be played at Moscow's Luzhniki Stadium on Sunday.