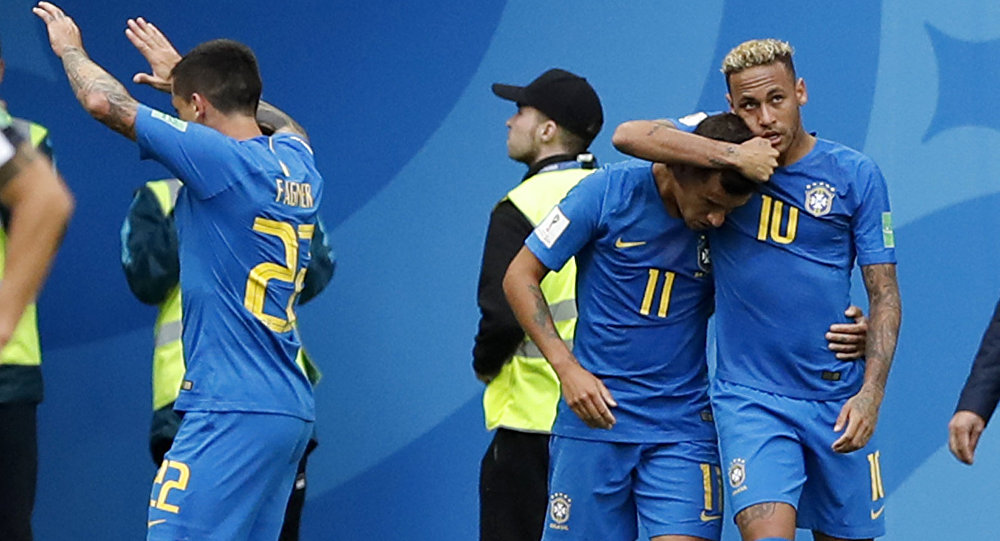 "VAR is an interesting thing. A couple of days ago I said that it disrupted the dynamics of the game. We pay too much attention to it. The referee made a decision in our favor today, but we need to test this system in games and check how it will affect the game's pace. An important decision was made today, but there were cases in the previous matches when VAR was used without need," Ramirez told journalists.

© REUTERS / Marko Djurica
CBF Demands Explanation From FIFA Why VAR Not Used in Brazil-Switzerland Match
Dutch referee Bjorn Kuipers reversed his decision to award a penalty to Brazil for an apparent foul on Neymar in the 78th minute after consulting VAR, before Costa Rica conceded two stoppage-time goals and were knocked out of the tournament.

The system has also helped Australia during their game against Denmark: they drew 1-1 due to a decisive penalty was awarded because of it.