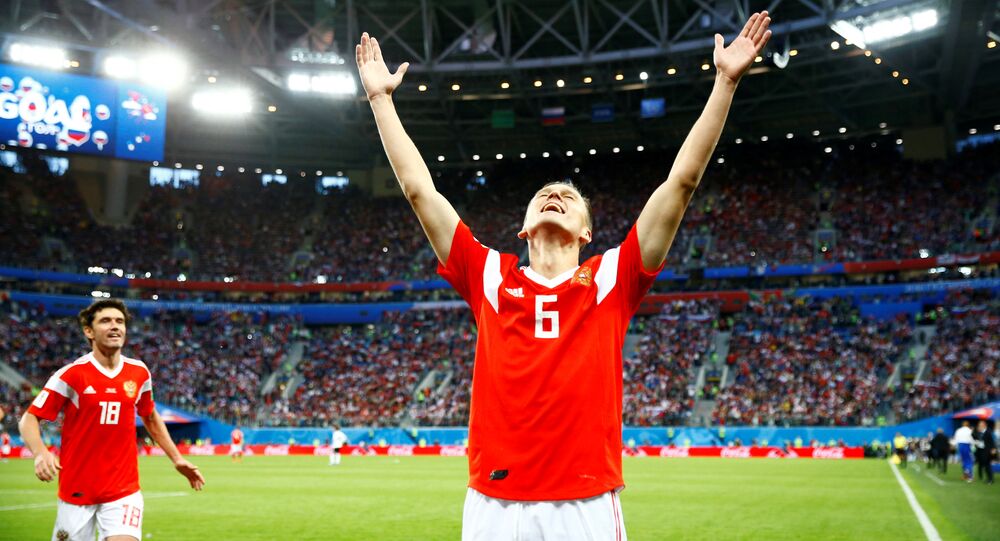 Egypt head coach Hector Cuper said Monday that he was “happy to resign” if anyone was displeased with his training methods after Egypt suffered their second straight World Cup defeat.

Egypt lost 3-1 to Russia in St. Petersburg on Tuesday, meaning they have yet to register a point as they also lost their opening game 1-0 to Uruguay.

"First of all, if I stay on or not depends not only on me. There are people who are responsible for it. If someone is displeased, I'm happy to resign. We still have one match ahead, although our chances [to win] are minimal. As for the defense, I can repeat: we made many mistakes in the course of 10-12 minutes. We controlled… our opponents in the first half, we defended well," Cuper told journalists.

"The Russians showed that they are an efficient team. They run a lot and cover a lot of ground. However, I can't predict how Russia will get on at this World Cup," Cuper told journalists during his post-match press conference.

Egypt will try to end their participation at the 2018 World Cup campaign in the best possible way, the team’s head coach added.

“We’ll try end our World Cup campaign in the best possible way, all the players want to play, there’s no question about that. Every single player is interested, is keen, has the expectation and the motivation to play,” Cuper said at the post-match press conference.

Egypt has yet to register a point in Group A, having lost their opening two matches. They will play the third and final group game in Volgograd on June 25 against Saudi Arabia.

© AP Photo / Dmitri Lovetsky
Salah in, Dzagoev out: Russia vs Egypt at FIFA World Cup
Russia has now six points from two games and has scored overall eight goals. Russia head coach Stanislav Cherchesov's team is almost certain to qualify for the round of 16.

"The equation is simple: we had to win in order to achieve our goals, Egypt also had to win in order to keep their chances alive. These tasks are polar… Obviously, the problem of [Mohamed] Salah had to be solved. [Yuri] Zhirkov gave the go-ahead for the match in the morning as he had been suffering from a leg problem for several days. We elaborated a plan for the game. And we managed to put it into practice," Cherchesov told journalists.