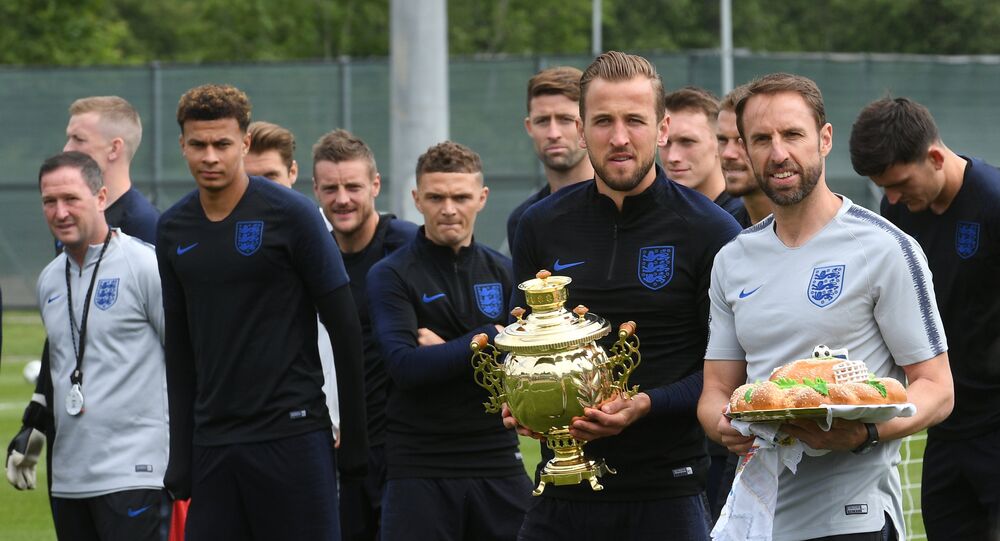 The administration of the city presented the head coach of the team Gareth Southgate and attacker Harry Kane with a samovar and a Russian karavai, a large round loaf of bread symbolizing hospitality.

However, the English footballers refused to try the food, probably, because the England squad is afraid of poisoning at the championship.

English football players have brought their own cooks to Russia, as well as a number of products such as muffins, baked beans, tomato sauce, chocolate, mustard, and tea, according to the Sun paper. It has been noted that all products were thoroughly tested before preparation.

We've had a warm welcome in Russia and great to get a first training session under our belts. 🦁🦁🦁 #ThreeLions #Eng #WorldCup pic.twitter.com/ArjNkRIWaQ

On June 12 the English national team arrived in St. Petersburg, where they will be training during this summer's tournament. The team is currently training in Zelenogorsk ahead of the tournament.

They will play their first World Cup 2018 match against Tunisia in the southern Russian city of Volgograd on Monday, before facing Panama and Belgium.

Everything is so perfect about this foreign countries….See English team with their outfit for #WorldCup pic.twitter.com/BYeAxfeTPD

Earlier on June 9, the Portuguese team was also welcomed with the Russian loaf, which they gratefully accepted.

Russia will host its first World Cup from June 14 to July 15. The fixtures will be played at 12 stadiums across 11 cities.