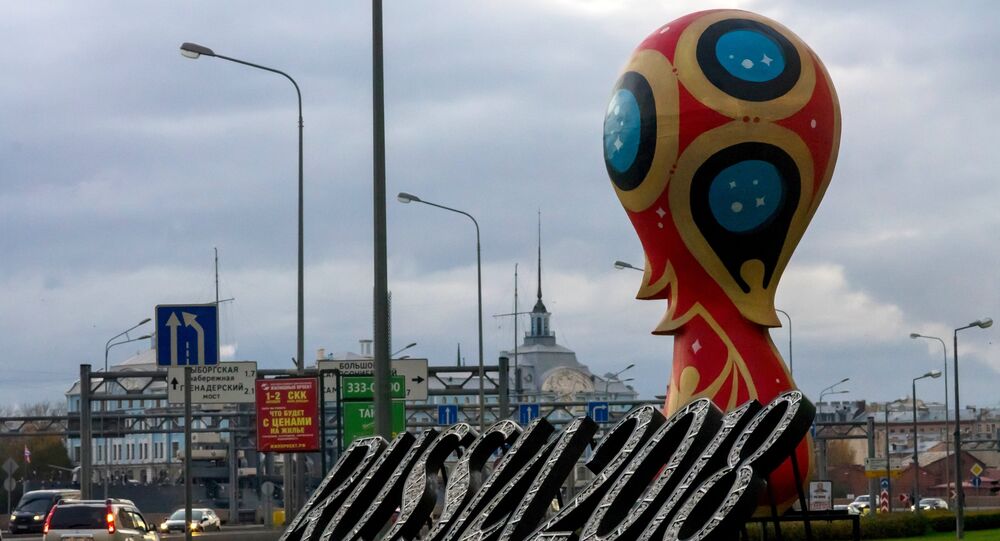 A jewelry expo that recently kicked off in St. Petersburg featured a number of exhibits themed after the upcoming football championship which is going to be hosted by Russia later this year.

Russian jewelers unveiled a host of impressive items made of gems and precious metals at the Faberge Legacy festival in St. Petersburg.

One of the more extravagant items presented during the event is the ‘World Football Championship 2018’ collection made by the Kaliningrad Amber Factory.

© CC0
Top-10 of What to Do in Kazan During the 2018 World Cup
The collection includes a small statuette of Zabivaka the Wolf – the championship’s mascot – as well as football boots, balls and goalkeeper’s gloves, all carved out of amber.

The festival launched on January 26 and is expected to end on February 4.

Russia will host its first FIFA World Cup from June 14 to July 15, 2018. The matches will be held in Moscow, St. Petersburg, Kaliningrad, Volgograd, Kazan, Nizhny Novgorod, Samara, Saransk, Rostov-on-Don, Yekaterinburg and Sochi, with the opening match scheduled to take place in Russia’s capital.