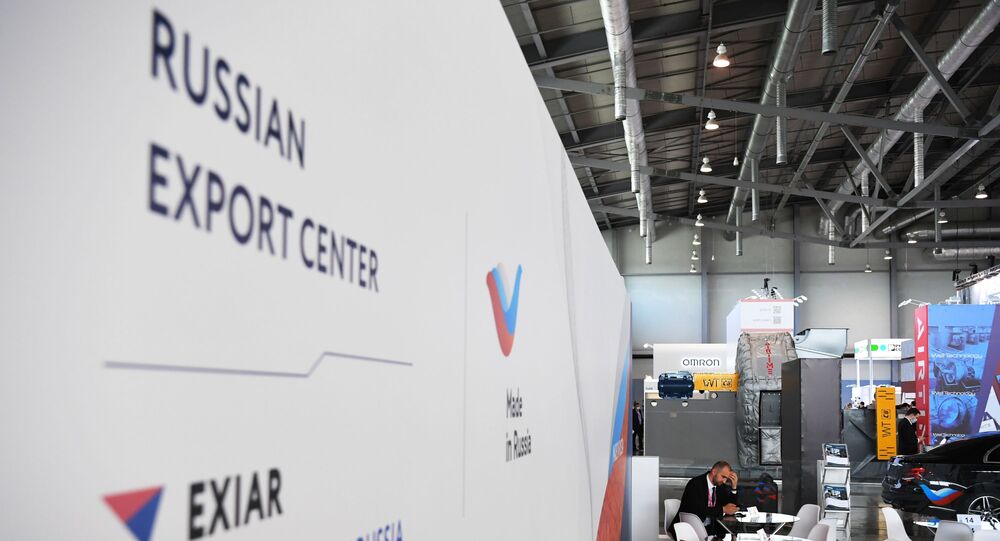 MOSCOW (Sputnik) – New banking, insurance and partner services will appear on the “My Export” platform, the Russian Export Centre’s reports.

The REC’s press service noted that the relevant amendments to the Russian government’s decree on the list of services in the sphere of foreign economic activity, which can be provided digitally on the "My Export" platform (Single Window information system), were signed by Russian Prime Minister Mikhail Mishustin.

"The major change introduced the extended list of business services, including the connection of services of third-party providers on the platform. Furthermore, educational, loan guarantee and insurance products of the REC Group will be digitised", the press service stated.

© Sputnik / Pavel Bednyakov
REC to Open National Stores on Foreign Platforms
“The changes in legislation will allow us to consolidate the focus on the further development of the platform. Thus, the key emphasis in the development of the My Export platform for the coming year will be aimed at creating a service marketplace with partners providing services to exporters according to standard quality requirements”, Vice President of the Russian Export Centre Aleksey Mikhailik said, commenting on the expansion of the list of services.

“The second emphasis will be to support exporters' access to international and foreign e-commerce platforms. There is already a growing trend in the volume of exports through e-commerce, which is increasing year by year. And we, for our part, are supporting this trend by providing opportunities for Russian exporters to place their goods on foreign marketplaces”, he added.

According to REC Vice President, the expansion of the list of services is a step towards creating a comprehensive digital export support ecosystem aimed at meeting a wider range of exporters’ needs on a turn-key basis.